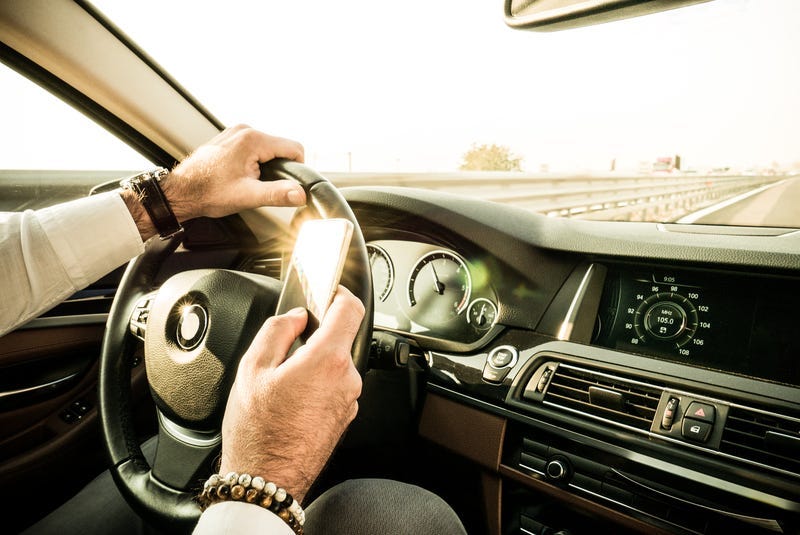 Police throughout the state are cracking down on distracted drivers, armed with a million dollar federal grant to pay for the extra effort.     New Jersey is joining Maine, Connecticut and Oregon in going after people behind the wheel not paying attention to the road.

For people who insist they can multitask while driving, Camden County Police Lt. Zsakhiem James suggests they think again. Consider this.

“Sending or receiving a text takes a driver’s eyes from the road for an average of 4.6 seconds,” James told KYW Newsradio. “That’s the equivalent of driving 55 miles per hour the length of an entire football field blind. Now I don’t know anybody that wants to do that.”

But if you do, then maybe an appeal to your wallet might get you to reconsider. Fines start at $200 for a first offense and rise to as much as $800 for three or more. Add three points on your license and a 90 day suspension of driving privileges.

By the way, this crackdown goes beyond the use of your cell phone to text or take a call that’s not hands free. James says it covers anything that can distract you from paying attention to the road.

And yes, that includes playing with the radio on the road.