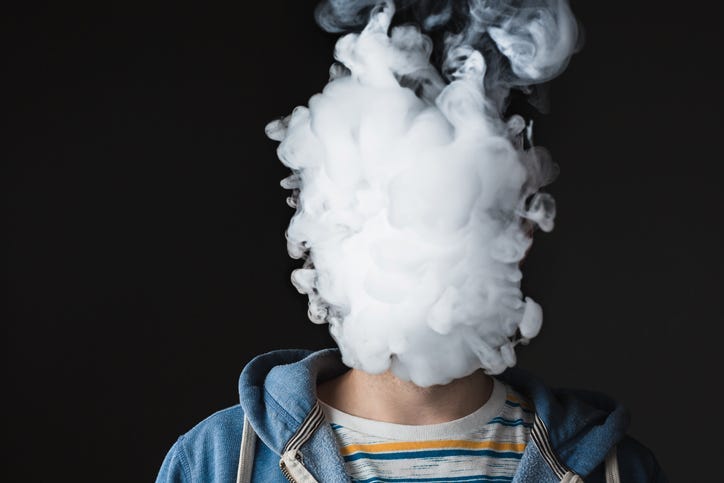 WEST DEPTFORD, N.J. (KYW Newsradio) — New Jersey health officials say the state has had its first death tied to vaping, and some lawmakers there are calling for a ban.

The Health Department said in a statement Tuesday that a woman from northern New Jersey died in August. She is the 14th person in the U.S. to die from an illness linked to vaping, and hundreds more have reported illnesses. Her identity and details surrounding her death were not released.

The department says the death is one of two "probable" cases linked to vaping. Overall there are 14 cases of serious lung disease in the state associated with vaping.

Some politicians are calling for New jersey to follow the lead of other states like Massachusetts that have banned vaping. KYW Newsradio spoke to South Jersey residents to see what they think. The idea isn't exactly popular, even among those who don't vape.

"I don't like it, but to be honest, if they aren't going to ban cigarettes, why would they ban that?" said Len Staskiel.

"Personally, in my opinion, you shoudn't," said Lamont, who did not give his last name. "It should be monitored, especially with young kids. The parents should be more aware of what's going on with kids. Kids get access to everything."

He added, "Should it be banned? Just like alcohol, its legal everywhere. Take at your own risk. You dont have to do it."

They say maybe more regulations are necessary for vape products, and something definitely needs to be done to keep them away from kids, but nobody who spoke to KYW supports an all-out ban right now.

The Centers for Disease Control and Prevention said last month its investigation into the outbreak is looking at products containing the marijuana compound THC. New Jersey health officials say there have been no illnesses reported from vape products sold at state-approved medical marijuana dispensaries.

A New Jersey task force report on vaping is expected later this week.