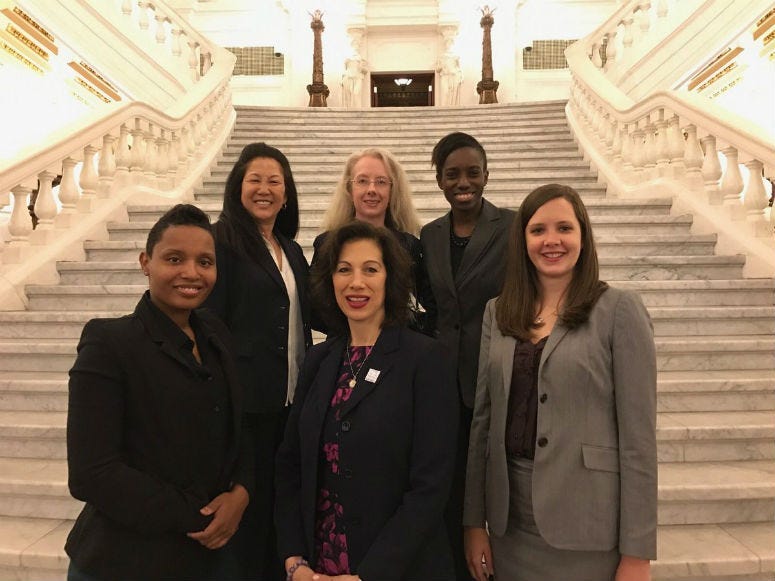 PHILADELPHIA (KYW Newsradio) — A new law that is designed to take guns away from domestic abusers and save lives goes into effect Wednesday in Pennsylvania.

Act 79 was first introduced in October 2017, when the governor called for domestic violence gun safety protections. A year later, it was signed into law and became the first law in the state to address gun violence in 14 years.

Jeannine Lisitski, executive director of Women Against Abuse, says the new law tightens up gun restrictions for the abuser immediately.

"When someone is convicted of a misdemeanor crime related to domestic violence, instead of having 60 days to turn over their firearms, they must turn them over within in 24 hours," Lisitski explained.

She says the data shows when a gun is present in a domestic violence situation, a woman is five times more likely to be killed.

She says this new law will not solve the problem of domestic violence, but it is a great stride in combating it.

The Pennsylvania State Police is currently making changes to their Protection From Abuse database so all law enforcement in the state can access new forms required by the new law.