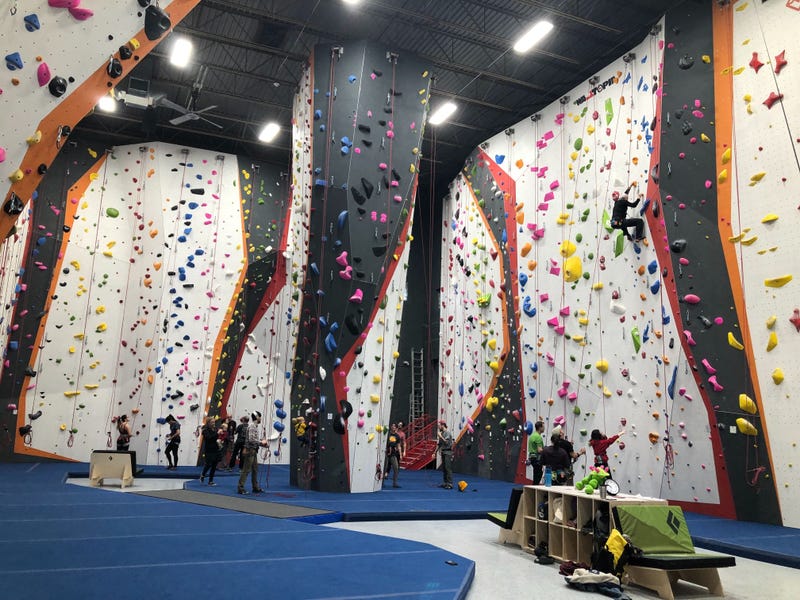 "It's a 40,000-square-foot rock climbing gym with a full fitness gym and yoga studio," said director David Mildenburg of The Cliffs at Callowhill. Mildenburg said they have classes for both beginners and experienced climbers.

Owner Mike Wolfert has several other gyms in New York and he says it all started in an old building just because he wanted a place to climb with his buddies.

"It's pretty amazing that 15 years later, this is the evolution of it," Wolfert added.

Emma was going up one of the more 170 climbing routes and she's already a big fan of the place.

"It's higher than what I'm used to," she said, "and it's kind of refreshing to have a higher height."