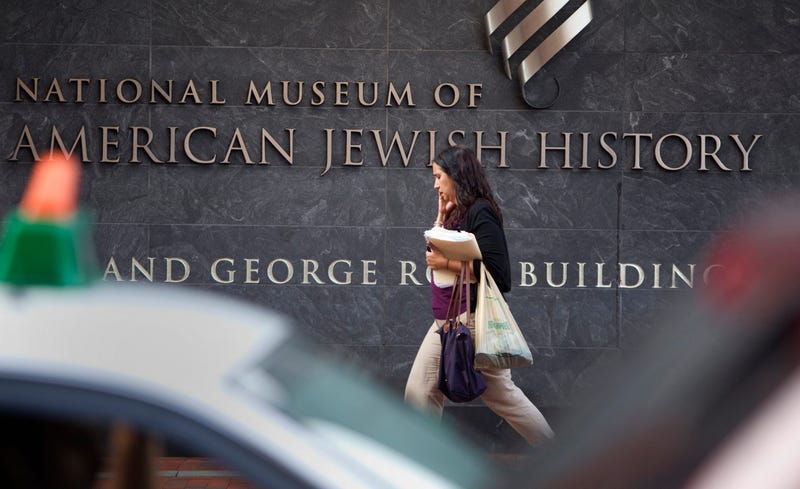 December 29, 2019 12/29/2019 8:50 pm
PHILADELPHIA (KYW Newsradio) — The stabbing of five people at a Hanukkah party in New York is being called an act of domestic terrorism. Local people of Jewish faith say this recent rash of anti-Semitic attacks is making them feel uneasy.

At the National Museum of American Jewish History, Ben Barbash said recent attacks against people of his Jewish faith have caused him some concern. "I'm a little bit worried about it," he admitted. "I know that it's existed forever. I feel like people might be a little more comfortable lately expressing their anti-Semitic views, and showing it in ways that aren't socially acceptable or legal."

However, Barbash was adamant he would not let these attacks keep him from living his life.

"I think times like now are really important times to show that we still feel comfortable as Americans to show our faith, and we still feel part of the American dream," Barbash said. "I know there are outliers in society that act and do these things, and I hope that we can find a way to root them out."

Another museum visitor, Deborah Mimden, said recent attacks against other people of the Jewish faith have made one thing clear to her. "The world is getting to be a very scary place, and there is a lot of fear and hatred going around," she said.

Mimden wished politicians would take a bigger role in speaking out against anti-Semitic acts. "I think they could stop being hateful to themselves as an example," she expressed.

Like Barbash, Mimden declared she refused to live in fear. "Personally you're just appalled, you're upset, you're scared, but you can't let it change the way you live your life," she said.

A recent report from the the Anti-Defamation League says there were nearly 800 anti-Semitic incidents in the first half of this year. Homes have been the third most targeted place for anti-Semitic attacks, with public areas, and non-Jewish schools atop the list.