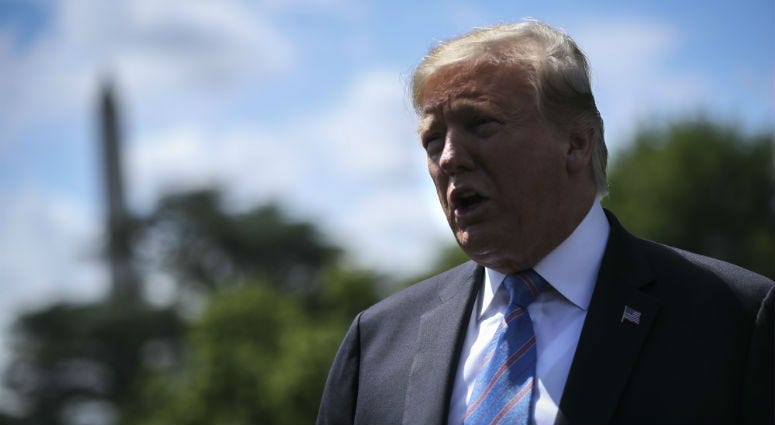 By Devan Cole, CNN
(CNN) -- The Trump administration is planning to change how it assesses the long-term effects and impacts of climate change, The New York Times reported Monday.

The Times said the USGS, at the direction of its director, James Reilly, "has ordered that scientific assessments produced by that office use only computer-generated climate models that project the impact of climate change through 2040, rather than through the end of the century, as had been done previously."

The change is being criticized by scientists who claim that new reports wouldn't provide an accurate assessment of the future impact of climate change "because the biggest effects of current emissions will be felt after 2040," according to the paper.

The Times said current models demonstrate that the earth's temperature will increase "at about the same rate through about 2050," but after that, the rate could change "significantly" based on carbon emission levels.

The administration is also planning to leave out worst-case scenario projections from its National Climate Assessment, a report that has been produced about every four years since 2000, according to the Times.

The report is made by government scientists who, using computer-generated models in their last report, projected that if "unchecked" fossil fuel emissions continue, "the earth's atmosphere could warm by as much as eight degrees Fahrenheit by the end of the century," leading to a host of major issues like "food losses and severe health consequences," the Times said.

The government has already started working on the new report, which is expected to be released in the next three years, the Times said, but officials told the paper that moving forward, "such worst-case scenario projections will not automatically be included" in the assessment or other government reports.

James Hewitt, a spokesman for the Environmental Protection Agency, doubled down on the changes in a statement to the Times.

"The previous use of inaccurate modeling that focuses on worst-case emissions scenarios, that does not reflect real-world conditions, needs to be thoroughly re-examined and tested if such information is going to serve as the scientific foundation of nationwide decision-making now and in the future," Hewitt said.

According to the Times, some officials said efforts to change the outcomes of some government-produced reports came after the second part of the most recent National Climate Assessment was released in November.