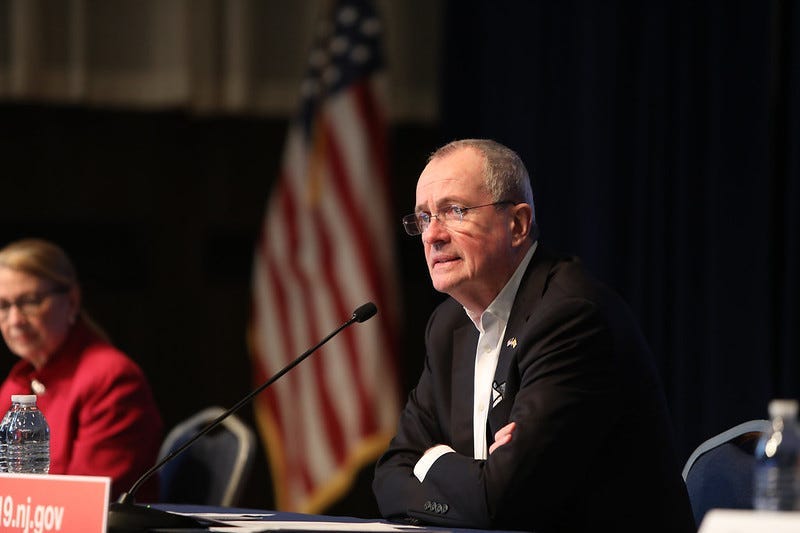 “All of us recognize the importance of this year’s election,” the governor told reporters at his regular COVID-19 briefing in Trenton. “Ensuring that every voter has the ability to securely cast their ballot while protecting public health is our paramount concern. The recent primary election gave us the opportunity to see what worked and where we could make improvements to this kind of election.”

Ballots will go out no later than Oct. 5, with postage paid return envelopes. Voters will be able to track their ballot online through a new website for voter registration going live next month.

If mailing it in doesn’t work for you, you have other options.

“Every voter will also have the option to either return their ballot through a secure drop box, and we are expanding the number of those drop boxes, or to hand it directly to a poll worker at a polling place on Election Day,” he said.

Those polling places will be limited — in many locations to one per town — and those who vote in person will cast provisional ballots to protect against someone voting twice.

There’ll also be a push to get younger people to work the polls to address health concerns, given retirees usually staff polling places, as well as an educational campaign to make voters more comfortable with the changes being put in place.

Meanwhile, on the virus front, state health officials announced the hiring of 185 additional contact tracers, which brings the total staffing level to more than 1,500 throughout New Jersey.

There are also continuing worries with people who, once contacted by a tracer, refuse to cooperate in the process.

New Jersey reported 585 new cases of coronavirus on Friday, bringing the statewide total to 187,164, almost 27,000 of whom are reported in South Jersey’s seven counties.

A little over 1,700 South Jersey residents have died from COVID-19, part of the statewide death toll of 14,064 people.

A prime statistic in tracking spread of the virus, the reported rate of transmission, has remained under 1 to 1 for a week now. Friday’s reading was .92.