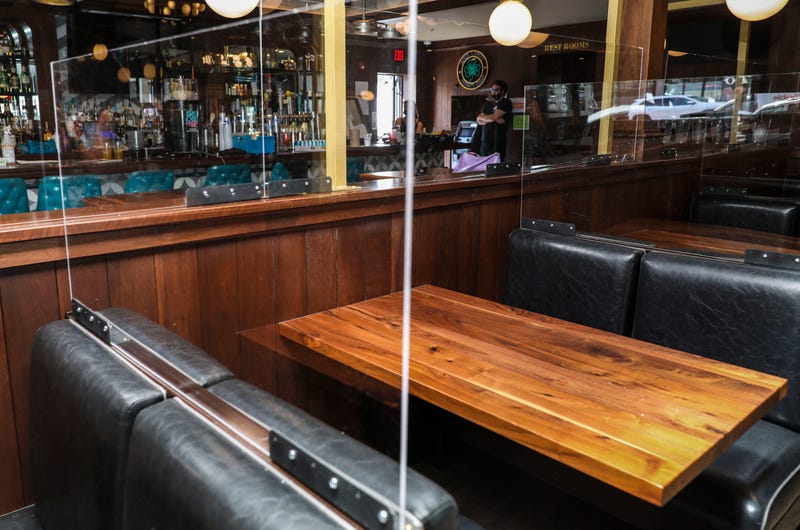 Coronavirus cases have spiked in other states as they allowed indoor restaurants to reopen. Out of caution, Murphy said New Jersey indoor dining will be postponed indefinitely.

“We do not believe it is prudent at this time to push forward with what is in effect a sedentary indoor activity,” he explained.

We have been cautious throughout every step of our restart.We’ve always said that we would not hesitate to hit pause if needed to safeguard public health.This is one of those times.

He has said previously that the state would not hesitate to pause or backtrack regulations relating to the COVD-19 crisis if it was in the best interest of public health.

Among other reopened establishments across the Garden State, Murphy said officials have noticed overcrowding and a “complete disregard for social distancing.”

“I recognize that there are many more establishments whose owners, managers, and customers have been responsible, who have lived up not just to the guidance we’ve released, but to the spirit of community in helping to protect patrons and residents,” Murphy tweeted. “The carelessness of one establishment can completely undo the good work of many others. We will not tolerate outlier bars and restaurants — and, frankly, patrons — who think the rules don’t apply to them. They are the ones who ruin it for everyone else.”

“Unfortunately, the national situation, compounded by instances of knucklehead behavior here at home, are requiring us to hit pause on the restart of indoor dining for the foreseeable future,” Murphy said at his press briefing.

The delay is likely a matter of weeks, not days. The original plan was to allow indoor dining at 25% capacity, starting Thursday. But COVID-19 is more dangerous indoors, as Murphy pointed to a slow rise in New Jersey’s virus transmission rate.

He acknowledged the move would be a blow to the restaurant industry, but he said his bigger concern is about people getting sick and reigniting a wave of cases.

Casinos may still reopen on Thursday at limited capacity.