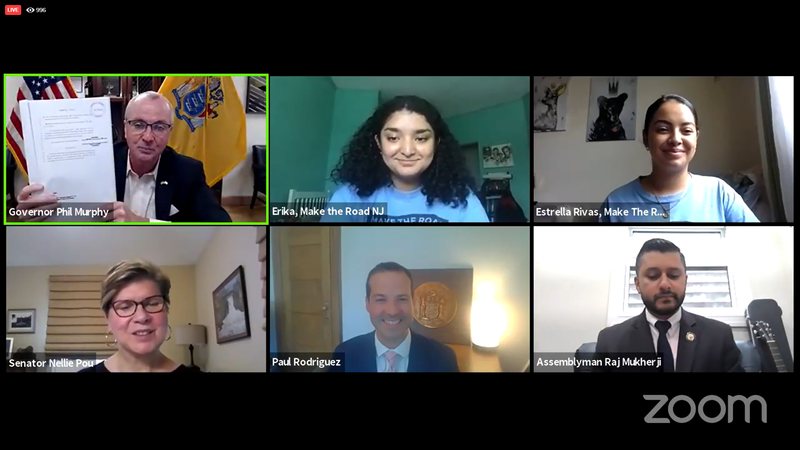 September 1, 2020 09/01/2020 7:58 pm
PHILADELPHIA (KYW Newsradio) — Estrella Rivas was born in El Salvador, but she’s been raised in the U.S. since she was 4. The 20-year-old is now a pre-med student at Rutgers University, but being undocumented has prevented her from achieving her dream of becoming a doctor.

“When I tried to volunteer at hospitals, I was denied because I didn’t have a Social Security number,” she said. “I began school excited to embark on a new career. But the reality is this: My immigration status has meant that doors have closed for me.”

Undocumented people living in New Jersey are now eligible to receive professional licenses, regardless of their immigration status, under a new bill signed by Gov. Phil Murphy.

Rivas joined Murphy on Tuesday for a virtual bill-signing ceremony.

He said 500,000 undocumented residents are now eligible for professional licenses in dozens of fields, including nursing, accounting and cosmetology.

“Very simply, this eliminates a roadblock,” Murphy said. “There have been many that have been put up against our immigrant families and communities, against our Dreamers. This is yet another one that will be removed.”

California, Nevada and New Mexico have similar laws. New Jersey is the first state on the East Coast to allow undocumented people to obtain professional licenses.​