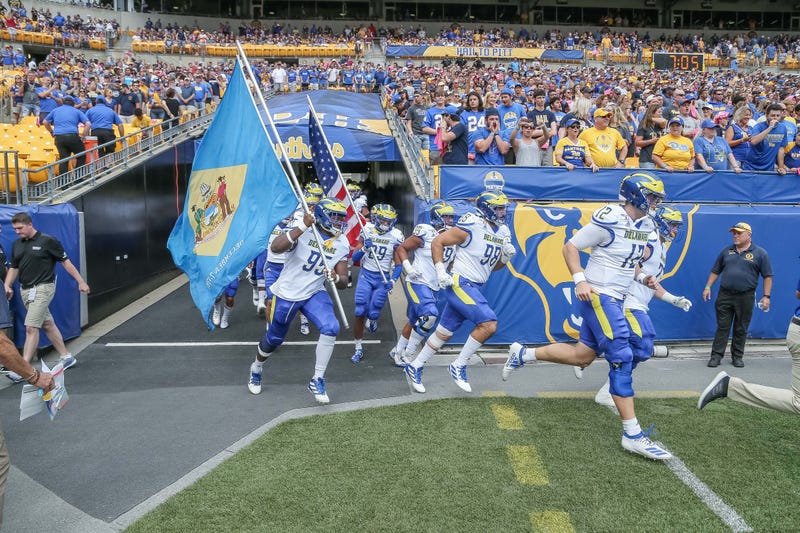 October 11, 2019 10/11/2019 5:41 pm
PHILADELPHIA (KYW Newsradio) — The Delaware Blue Hens will be back in action on Saturday as they take to the road for a Colonial Athletic Association battle with Elon down in North Carolina.

"I think for us, (the bye) came right at the middle of the year, pretty much I think at the right time, the best time," head coach Danny Rocco told KYW Newsradio. "Had a number of guys that were kind of working through some injuries that look like they're going to be back in the mix here real soon, if not this week. So that's exciting."

Prior to the bye, the Blue Hens gave FBS Pittsburgh all it could handle before falling, 17-14.

Elon is 2-4 (1-2 CAA) and the Phoenix have lost three straight. Last time out this past Saturday, they dropped a 26-10 decision at New Hampshire.

Rocco shared some thoughts on their offense.

"They have a very, very talented quarterback (junior Davis Cheek), and they are very much an RPO team, run pass option team," he said. "A year ago, they had great, great balance in the run game and the pass game. This year, they're not quite running it as well, therefore, they don't quite have that balance that they had a year ago. I'm sure that's something that they're looking for and searching to find. But they certainly have the talent to do that."

The Phoenix defense is allowing 32 points a game, but Rocco said they can cause problems.

"They are very unique in what they do," he said. "Play basically a three-man front, bring a lot of different pressures out of that three-man front. They've been really solid here since they've been in our league, defensively."

Last year, these two teams met in Newark, with Delaware grabbing a 28-16 decision.

Saturday's game in Elon kicks off at 2 p.m.