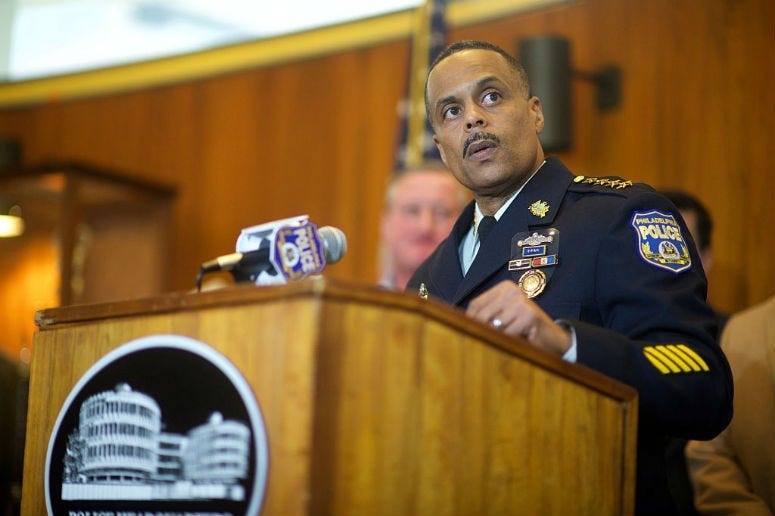 PHILADELPHIA (KYW Newsradio) — Philly's top cop is out. Commissioner Richard Ross has resigned due to claims, in a federal lawsuit, that he failed to act on sexual harassment complaints. One of the two officers suing says she had an affair with Ross.

While there are no allegations that Ross harassed anyone himself, Cpl. Audra McCowan and officer Jennifer Allen say he didn't do anything to deal with sexual harassment they were facing.

In McCowan's case, she says the commissioner didn't act because he was upset over an affair between the two that ended eight years ago.

In the complaint, McCowan says she texted and called Ross to tell him another cop was sexually harassing her this past February.

He allegedly responded, "Why don't you order (him) to go sit down and get out of your face."

In their talks, Ross allegedly said he would "school" her on sexual harassment and he wouldn't do anything because of retribution over a two-year affair that ended in 2011.

Ross said Wednesday morning he has never targeted a person or sought retribution on a person, personally or professionally.

In his own words, he says he voluntarily retired. "I will tell you that, despite what some of you think, it was voluntary. I was not compelled to do so. I had a discussion with the mayor," he said.

"Given the circumstances that's in litigation, which I will not be able to discuss, I just thought for the greater good of all citizens of Philadelphia, fine police officers here, and the mayor, I thought it would be better if I just move along," he said.

As for who would succeed him, he had nothing but praise for Acting Commissioner Christine Coulter, saying he hopes she gets the job permanently.

Coulter was also named in the suit along with other supervisors.