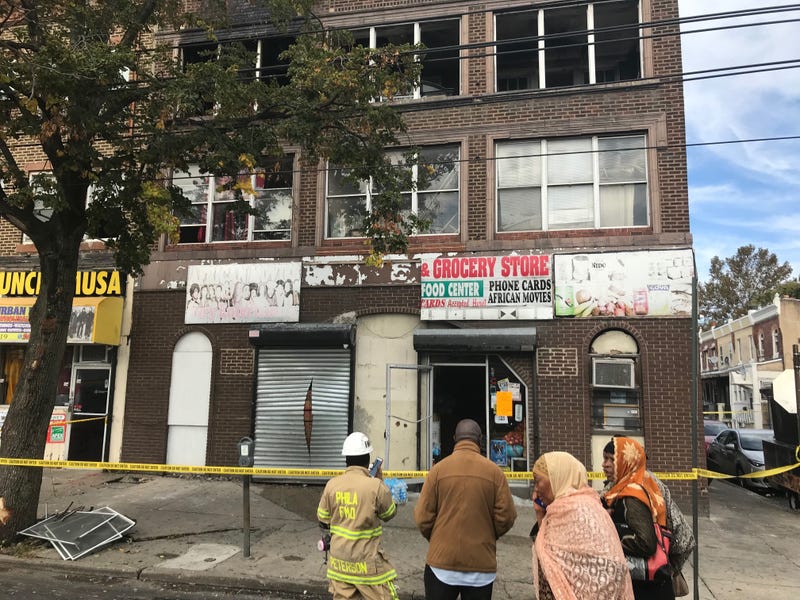 October 13, 2019 10/13/2019 10:30 am
PHILADELPHIA (KYW Newsradio) — A fire in Southwest Philadelphia claimed a man's life early Sunday morning, sent another man to the hospital, and displaced nearly a dozen people.

According to officials, the fire started shortly before 6 a.m. at one building on the 6500 block of Woodland Avenue, before its effects spread to the property next door.

He said ten people were able to get themselves out of the residences, but two were stuck inside.

"One victim was located in the fire property itself on the third floor," Bannon said. "He was removed by firefighters to fire department medic units."

Zongo's cousin, Cachela, said everyone is at a loss for words.

Zongo's brother Arsene said Felix was a good father and husband, who recently sent his wife on vacation to their home country of Burkina Faso, and had just taken his daughter to a sleepover at her aunt's house.

"He was a nice, quiet, hard worker. We are all shocked," he said.

Bannon adds the fire was placed under control around 6:15 a.m., and they are currently investigating the cause.

"We don't have any evidence right now that smoke alarms were heard by any of the responding firefighters," disclosed Bannon.