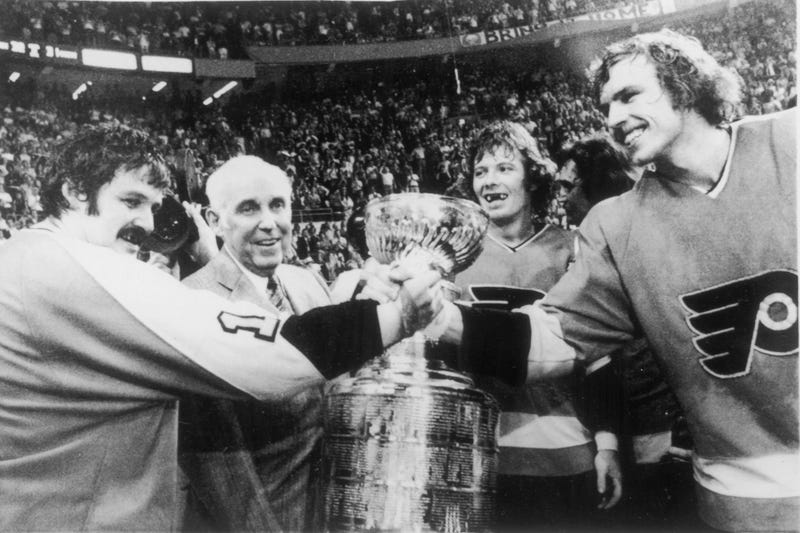 After taking a 3-2 series lead with a 5-1 win at the Spectrum two days prior, the Flyers were on the doorstep of their title defense up in Buffalo. They beat the Sabres 2-0 in Game 6, making it two years in a row they clinched the Cup with a Bernie Parent shutout.

Bob “The Hound” Kelly scored one of the goals in the victory.

“Another opportunity to just kind of revel in your city and your people, and we were very active out in the community back in those days too — softball games in the summer and different things. We drew 15,000 to 16,000 people to watch us play softball, for crying out loud, back in the day,” he said. “We were very in tune with the community and in touch with the people and charities and whatever we could help out, as much we could do for the resources we had back in those days.”

That win in Buffalo was the last time the Flyers won a Stanley Cup. The present-day squad — which was one of the hottest teams in hockey before the coronavirus crisis paused the season — will try to end that drought if games are able to resume.

They’re one of the top four teams in the NHL Eastern Conference that will play a round-robin format for seeding in the first round.