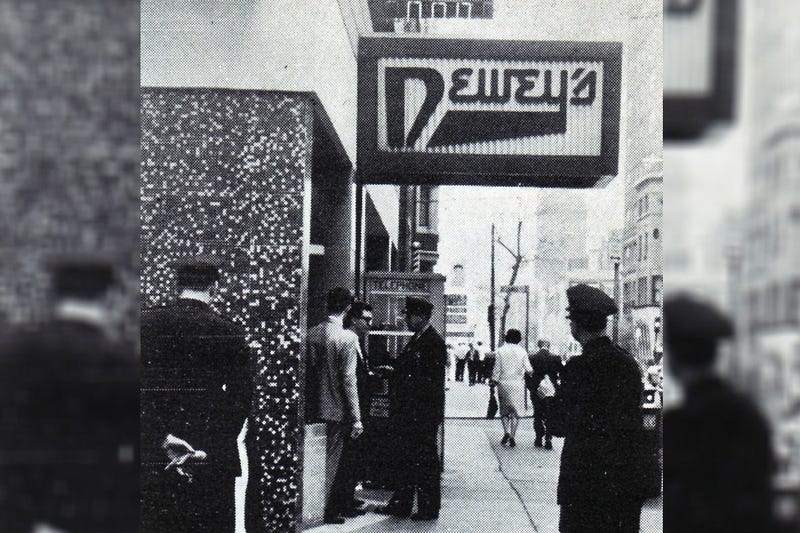 "I think it was changing the climate of opinion in the gay community," Stein says. "People saw other people who were willing to stand up for their rights and be visible."

Dewey's had a chain of restaurants in the city, including one at 17th and Chancellor streets in Center City.

By day, it would have attracted the thin-tied, fedora-wearing businessman portrayed in the TV series "Mad Men," with the same attitudes toward same-sex attraction — either keeping their own proclivities a desperately held secret, or expressing open distaste.

But after the bars closed, Dewey's increasingly became a hang-out for young gay men, according to Bob Skiba, archivist for the William Way LGBT Community Center.

This was a new generation, more open than the previous, and influenced by the civil rights movement in the South.

"One Sunday, they were a little bit rowdy," says Skiba, "and (Dewey's) started throwing people out. There were three people who were not doing anything but were not dressed 'gender appropriately,' was the excuse they use to ask them to leave. The description says it was a young girl and two young boys. They refused to leave. (Dewey's) called the police to arrest them."

Somebody also called Clark Polak, the president of the Janus Society, a very early gay rights advocacy organization. He sped over to offer legal representation for the three. All four got arrested.

Polak, who died in 1980, was the galvanizing force for what happened next, according to Malcolm Lazin of Equality Forum.

"The police were no longer willing to enforce or assist," Lazin says. "Dewey's decided to rescind its policy of not serving homosexuals or folks in non-conforming attire."

Dewey's eventually went out of business. The 17th and Chancellor restaurant became a popular late-night diner called Little Pete's. That was torn down two years ago to make way for a Hyatt hotel, but a nearby historic marker commemorates the incident.