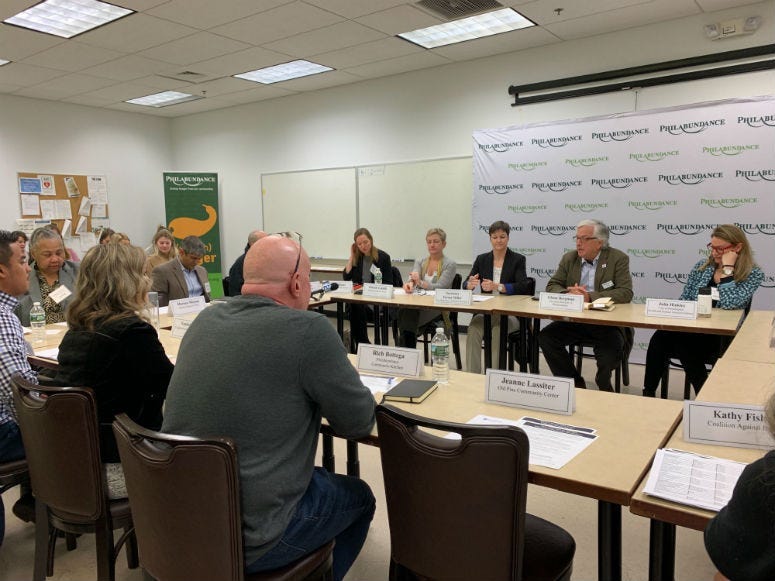 February 3, 2020 02/03/2020 10:48 pm
PHILADELPHIA (KYW Newsradio) — The Wolf administration hosted a roundtable Monday at the offices of Philabundance, the Delaware Valley's biggest hunger relief organization, to discuss how cuts to the federal food stamp program will affect the 1.7 million Pennsylvanians who depend on it.

They discussed the Trump administration cuts to the Supplemental Nutrition Access Program (SNAP), with Miller saying a new rule taking effect in April cuts the state's right to waive work requirements for able-bodied adults without kids where unemployment is high.

"This is a population that it's easy to say, 'well, why don't they just get a job?' And I think, especially in our rural areas, if you look at transportation barriers, taking away someone's access to food just doesn't seem like the right way to approach the issue," Miller said.

One of two proposed changes would not allow the state to increase the income threshold for families who'd otherwise struggle without food stamps.

"There is study after study that shows the importance of the SNAP program. These proposals are just trying to attack a program that does a very nice job of helping to life people out of poverty," she added.