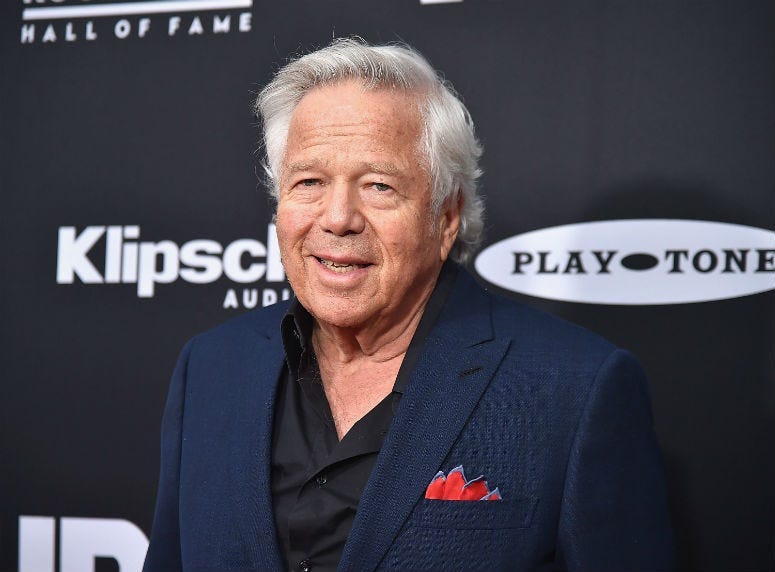 Kraft was charged following a sex trafficking investigation of central Florida day spas and massage parlors suspected of being used for prostitution. The billionaire, who has a home in Palm Beach, was among 25 people accused, prosecutors said.

The investigation began when a health inspector observed curious details that suggested women might be living at the day spa.

Authorities say surveillance footage caught Kraft visiting a spa in Jupiter on January 19 and 20 and paying for services in cash.

The charge is a first-degree misdemeanor, punishable by up to one year in jail, a $5,000 civil penalty and a mandatory 100 hours of community service