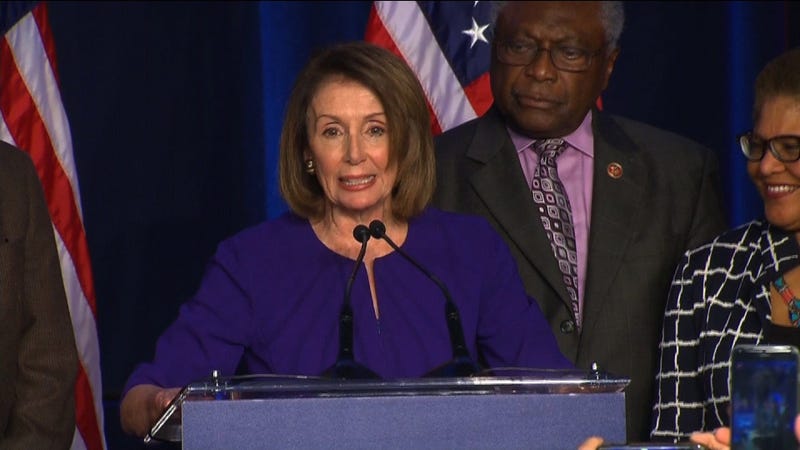 January 16, 2019 01/16/2019 3:32 pm
By Lauren Fox, Alex Rogers and Kaitlan Collins, CNN
(CNN) -- Speaker of the House Nancy Pelosi has sent a letter to President Donald Trump asking to move the day of the State of the Union address or deliver it in writing, citing security concerns from the ongoing government shutdown.

"Sadly, given the security concerns and unless government re-opens this week, I suggest we work together to determine another suitable date after government has re-opened for this address or for you to consider delivering your State of the Union address in writing to the Congress on January 29," Pelosi writes in the letter dated Wednesday.

Pelosi noted that the Secret Service, which is "designated as the lead federal agency responsible for coordinating, planning, exercising, and implementing security" for such high-profile government events, has not been funded for 26 days.

White House adviser Stephen Miller and other White House speechwriters have been working on the President's State of the Union address for weeks. An administration official said they were prepared to craft it around the government shutdown, targeting Democrats, if it was still closed by then.

About 25% of the federal government has been shut down since December 22, the longest such shutdown in US history. Negotiations between Trump and congressional Democrats have made no apparent progress since then, with the impasse being whether to include additional funding for Trump's signature campaign promise of a border wall along the US border with Mexico.

Democrats are so far keeping a united front against the White House, which is actively trying to peel off more moderate Democratic members in order to put pressure on Pelosi and Senate Minority Leader Chuck Schumer of New York. Schumer made the walk across the Capitol to speak to the closed-door House Democratic caucus meeting on Wednesday morning. His message, according to a member in the room: "Stay united. Stick together."

The US Constitution requires the President to brief Congress on the state of the union, but that briefing is not required to be a speech in front of Congress. President George Washington and his successor, John Adams, both delivered their annual messages as speeches before Congress. President Thomas Jefferson began the practice of delivering the State of the Union in writing. The tradition continued for 112 years until 1913, when President Woodrow Wilson resumed the practice of giving the address in person. Almost every president since has delivered the address in person, rather than in writing.

This story has been updated with additional developments Wednesday.