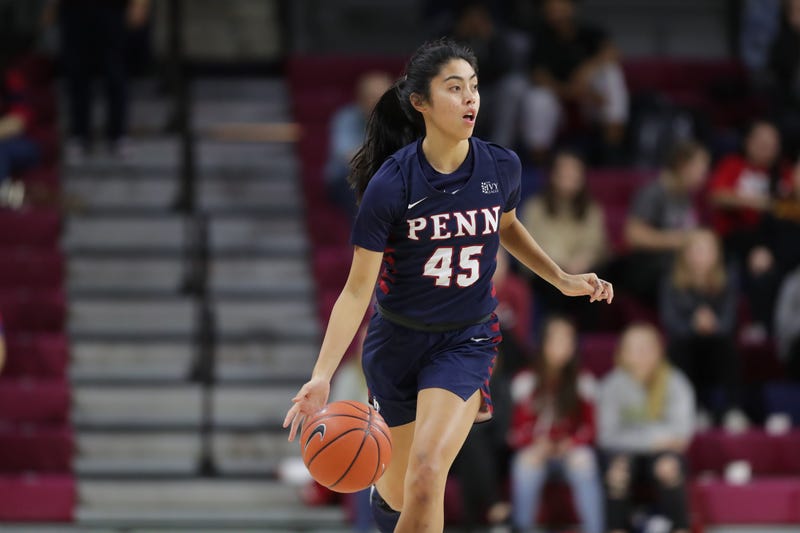 February 13, 2020 02/13/2020 8:16 pm
PHILADELPHIA (KYW Newsradio) — The University of Pennsylvania women's basketball team heads to New England this weekend for a couple of key Ivy League games against Brown on Friday night and Yale on Saturday.

"We started off really strong," Penn head coach Mike McLaughlin told KYW Newsradio. "We hit a rough patch in the middle with some talented teams we played and we really rebounded. Last three Ivy games, we've played really well. So I think we're heading in the right direction."

Those last three Ivy games were all wins. Most recently being this past Saturday, when the Quakers hammered Cornell at the Palestra, 63-41.

Penn is getting a phenomenal freshman season from guard Kayla Padilla. The Torrance, California native is pouring in an Ivy League best 18.7 points per game while shooting 46% from the floor (42% from three).

"She is a talented young lady coming from the West Coast," McLaughlin said. "The adjustment to the East Coast, everything has gone really smooth for her. She got a chance to play right away, she's impacted us greatly. She's very talented, she's very mature, very team-oriented. She has an offensive skill set we haven't had in a while. Just really impressed with her day-to-day, how she competes, how she prepares. Bright things are ahead for her and in the moment, right now, she's off to a tremendous start for us."

Penn will open the weekend with the game against a Brown team that is 7-12 this season and 1-5 in Ivy action.

On Saturday, the Quakers will visit a Yale team that comes into the weekend 15-4 and 5-1 in the Ivy League. The Bulldogs will host Princeton on Friday night prior to the Quakers coming to town.

The Penn/Brown game will tip at 6:00 p.m. on Friday. The Penn/Yale game in New Haven on Saturday will get underway at 4:00 p.m.