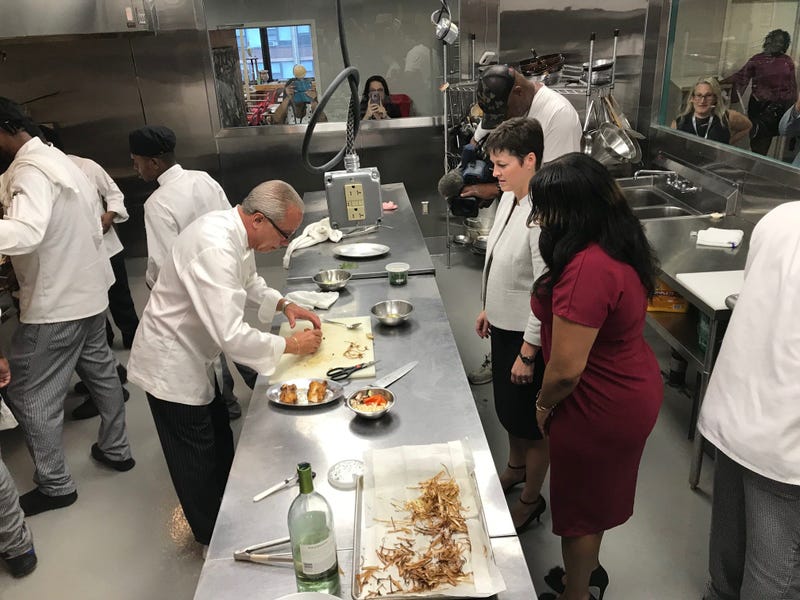 July 29, 2019 07/29/2019 9:02 pm
PHILADELPHIA (KYW Newsradio) — Over the past week, the Trump administration has said it wants to tighten the rules governing who qualifies for food stamps, which would strip more than 3 million people of their benefits.

Individuals had been encouraged under the Obama administration to exploit a loophole that would help families impacted by domestic violence and other social issues, even if the income was slightly above the poverty level. But the Trump administration's proposal would close that loophole.

Thank you @PhiladelphiaOIC for having me today. Your partnership with SNAP 50/50 allows hard working Pennsylvanians to develop skill sets required to earn family-sustaining wages in high-demand careers. pic.twitter.com/nTeN7zdRuj

"We empower individuals not just to obtain employment, but to retain employment," said LaToya Edmond, vice president of workforce development and economic innovation at OIC.

But Miller is concerned how the administration's proposal will affect people who benefit from OIC.

"That's just going to increase hunger across Pennsylvania, and it's going to disproportionately impact working families and individuals with disabilities and seniors," she said.

It could also impact free lunch eligibility for 500,000 children kids nationwide, and hurt Pennsylvania grocers who earn $250 million a year from SNAP recipients.

"We have made it clear: This is not acceptable," said U.S. Rep. Dwight Evans.

Evans — among other federal lawmakers, like state Sen. Vincent Hughes — wrote a letter to U.S. Secretary of Agriculture Sonny Perdue in December 2018, urging him to withdraw the "harmful" SNAP cuts.

"We are putting pressure on the administration," Evans continued.

“The rule has ramifications beyond food security,” added Gov. Tom Wolf in a statement. “Pennsylvania retailers rely on the money SNAP recipients spend and reducing the number of people able to use these benefits in Pennsylvania will have a significant economic impact. In addition, when people receive proper nutrition, they remain healthier and spend less on health care. Depriving people of the means for adequate sustenance and a healthier life is cruel and inhumane.”

Proponents of the SNAP cuts say it eliminates inefficiencies in the process and saves the U.S. government about $10 billion over a decade.