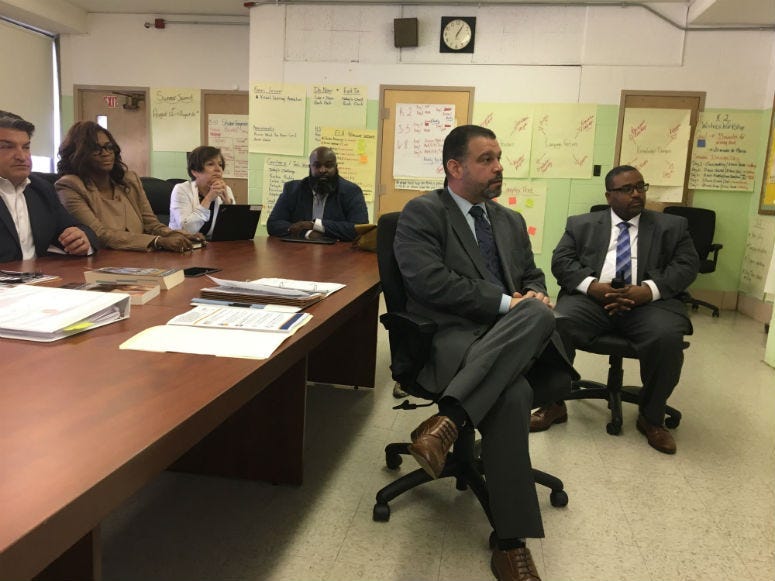 Rivera stopped by the Morton McMichael School and the Paul L. Dunbar School to learn more about what's working there for the students and craft suggestions as to how to improve schools across the state.

"As we travel the Commonwealth, we like to look at programs that are looking and thinking outside of the box," Rivera said.

Eric Becoats, assistant superintendent of the Acceleration Network, says they developed new protocols that have helped students be a little more successful in their studies at the McMichael school.

"So how can we better support teachers? Is it through professional development? We've had a smaller class size for grades K-2," Becoats said.

Rivera says in terms of helping teachers, there is a proposal to raise annual minimum teacher salaries to $45,000.

"I think we're only one of two states in the country where the compulsory age of 8-years-old, so we want to reduce that to six and study the efficacy of further moving that down to five and then looking at full-day kindergarten," said Rivera.

He also talked about raising the dropout age from 17 to 18.

Rivera says he'll be taking all the information he gathers back to Harrisburg.

"And if there are opportunities for me to make recommendations around changes in policy or changes in governance to support programs that are student-based, we'll do that," Rivera added.