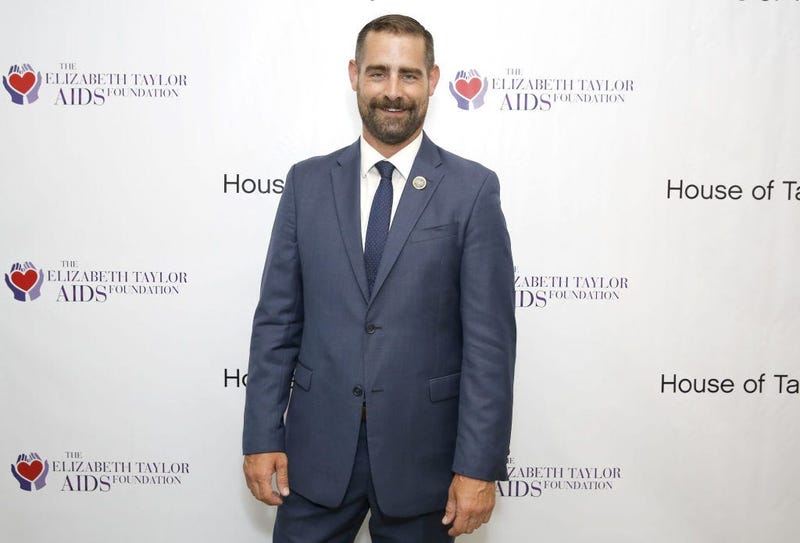 May 8, 2019 05/08/2019 9:28 pm
PHILADELPHIA (KYW Newsradio) — Authorities in Philadelphia are looking into a video state Rep. Brian Sims posted, which showed him engaging with a woman who was protesting in prayer outside a Center City Planned Parenthood.

Demanding an investigation, Pennsylvania Republicans have sent a letter to city, state and federal prosecutors claiming the woman praying outside the clinic at 12th and Locust streets was harassed and intimidated by Sims.

In the nearly nine-minute video, Sims follows the woman, who is holding a rosary, as she walks back and forth in front of the building on May 2.

"Shame on you," he says to the woman throughout the video. "There's not a person coming here that needs an old, white lady telling them what to do with their bodies."

The woman remains relatively silent, except for a moment when she tells Sims, "Get your camera out of my face."

Sims has since posted a response video, explaining his position on Tuesday — just stopping short of apologizing.

"I was a neighbor and a concerned citizen, and I was aggressive," he said in the video. "I know that two wrongs don't make a right, and I can do better and I will do better for the women of Pennsylvania."

I will fiercely protect a woman’s right to make the best choices for her health & her body, unimpeded. I also know that two wrongs don’t make a right, especially on the front lines of a civil rights battle. I can do better, and I will do better, for the women of Pennsylvania. pic.twitter.com/jURL1UX9qE

The letter written by the Republican Party of Pennsylvania calls Sims' conduct "despicable and potentially criminal."

A spokesman for the Philadelphia District Attorney's Office said they are looking into the video, and police are monitoring potentially harmful comments posted on social media.

The U.S. Attorney's Office for the Eastern District of Pennsylvania had no comment, and a spokeswoman for the Pennsylvania Office of Attorney General said they are leaving it in the hands of the district attorney.

The Archdiocese of Philadelphia also responded to Sims' video in a statement, which read, in part:

"Over the past few days, videos have gone viral on social media featuring State Representative Brian Sims aggressively harassing young and elderly women who were peacefully praying outside of a Planned Parenthood Clinic in Philadelphia. These videos, which Representative Sims took himself, have rightly sparked broad outrage and garnered much attention in the press.
"His actions were unbecoming of an elected official. There is much bitter irony that he claims to be a champion for the rights of all women yet he trampled on the rights of others and disgracefully shamed them in public."

A "prayerful rally" has been organized outside the Planned Parenthood on Friday at 11 a.m.

sports
‘Those are not f**king strikes!’ Aaron Boone delivers epic sequel to ‘savages in the box’
sports
Watch: Ronald Acuna blasts home run nearly 500 feet
sports
Ravens DC on Mahomes: ‘They could have paid him a billion, I’d still think he’s underpaid’
news
Trump addresses reports he's choosing Amy Coney Barrett for SCOTUS: 'I haven’t said it was her, but she is outstanding'
news
Amy Coney Barrett expected to be Trump's pick for Supreme Court: Reports
sports
Is Rajon Rondo a Hall of Famer? Kendrick Perkins and Brian Scalabrine weigh in