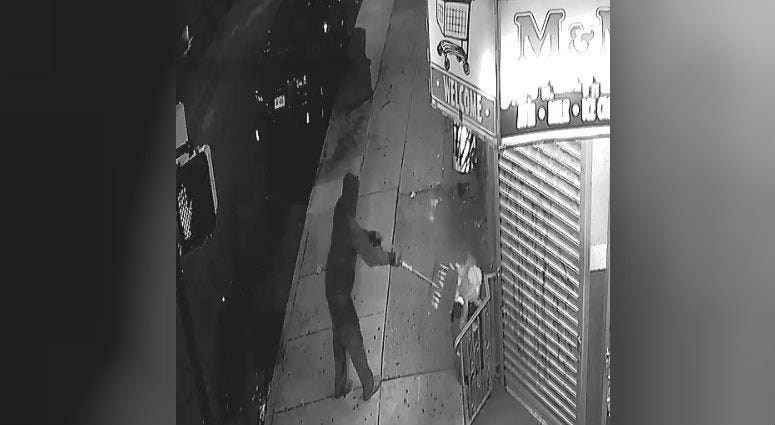 The cat reportedly lived on the 5800 block of Chestnut Street in West Philadelphia.

He got out of the house around 11 p.m. Thursday night, and was found the next morning outside of a corner store less than a block away from home.

"Our officer responded to the location where the owner of the store gave us acccess to their cameras," said Nicole Wilson, the PSPCA's director of humane law enforcement. She said a man was caught on camera picking the cat up with a shovel and putting it into a trash can.

"He had moved the cat because he knew his neighbors had children and he didn't want the children to see the cat in that condition," Wilson explained.

The cat was apparently still alive in the morning and died on the way to the PSPCA. Wilson said they want to bring the person resposible to justice.

"This is somebody who probably knows the owners and probably knows this family," she speculated, "and knowing all those things moved forward to kill this animal. That says a lot about their character."

Under new animal cruelty laws, this crime is a felony.

Wilson said it's important to find out who did it. "It was a bow and arrow that was used, so obviously you don't see a lot of those floating around in the city," she said, "so we believe that there are people in that immediate area that would have information as to who did this."

Anyone with information is encouraged to call the PSPCA hotline at (866) 601-7722. Anonymous tips are welcome.