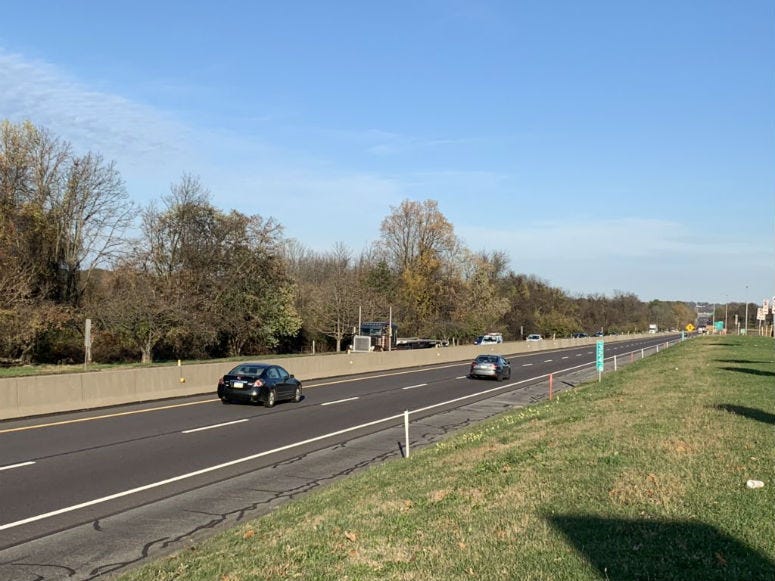 PITTSBURGH (AP) — After four years of testing, the Pennsylvania Turnpike says it plans to move ahead with a $129 million project to become a completely cashless toll system in two years, eliminating hundreds of toll collecting and auditing positions along the way.

Turnpike chief executive officer Mark Compton told the Pittsburgh Post-Gazette in an interview last week that the pilot phase of the project was over and "the goal is to have the system completely cashless by the fall off 2021."

The system won't take cash after that point, but toll booths will still be at some exit ramps across the commonwealth until 2026 to record E-ZPass signals or photograph license plates so bills can be mailed to drivers. That will continue until the agency finishes up installing 43 overhead gantries in three phases over the next six years.

The jobs of the 600 remaining toll collectors and toll auditors will be eliminated, but officials say they will have the opportunity to move into other turnpike jobs or to take classes at the turnpike's expense.

The turnpike has been testing cashless tolling at several spots, and Compton said the cashless sites have been averaging nearly the same collection rate.

With the system completely cashless, turnpike employment is expected to drop from about 1,900 to about 1,300. Compton said jobs cannot be guaranteed after January 2022, but for several years workers whose jobs will be eliminated have been eligible for up to $5,250 a year in tuition credits to take classes to learn other turnpike or state jobs or to study for a new career.

The PA Turnpike is going cashless in a couple of years. How do drivers feel about this? We’ll let you know on @KYWNewsradio pic.twitter.com/UO6iR5ZQcH

David Patton of King of Prussia uses the PA Turnpike every day and already has an E-ZPass so this won’t make much of a difference for him, but he’s still happy about the change as far as convenience goes.

"I think it’s actually a better move. It’ll speed things up a little bit and take away from the traffic near the toll booths there. But it does when the risk of jeopardizing jobs," he said.

The union representing the toll booth workers in the Philadelphia area, Teamsters Local 77, said they have no comment at this time.