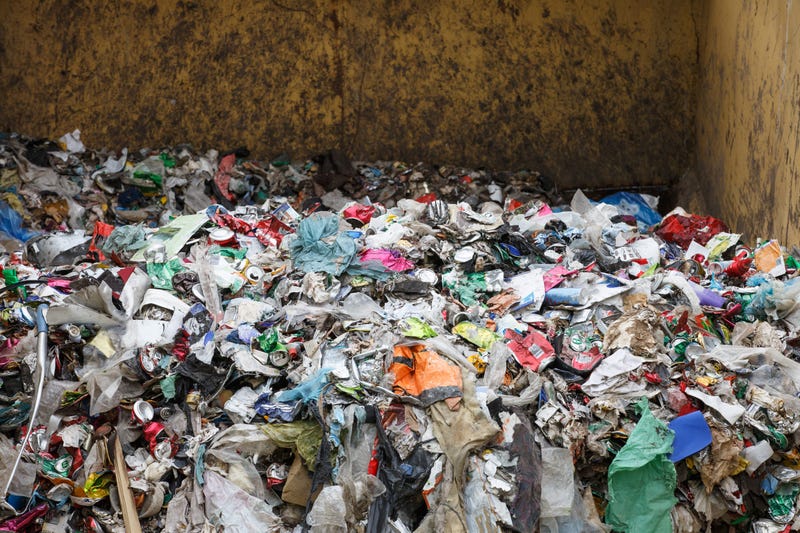 June 5, 2019 06/05/2019 9:51 pm
PHILADELPHIA (KYW Newsradio) — A Philadelphia City Council committee Wednesday gave approval for the Streets Department to sign new contracts for recycling and waste disposal. The vote followed a lengthy public testimony that the contracts would harm the environment.

Philadelphia, along with most cities, has been in a bind since China stopped taking most recycling, and it took a while to work out a contract that didn't break the bank. Streets Commissioner Carlton Williams testified it meant committing to a five-year contract at $92 a ton — lower if the city can reduce the level of contamination of its recycling.

"Items such as plastic bags, soiled pizza boxes, food waste in containers and wet paper are all examples of contaminated material," he explained.

That material then has to be disposed of, and the city does that by sending it to the Covanta incinerator in Chester.

Environmentalists such as Mike Ewall object to the process.

"It's unanimous that the environmental community condemns waste incineration," he added.

Williams argues that Covanta provides energy from the incineration, and hauling the waste to landfills would create a larger carbon footprint.

Councilwoman Cindy Bass said she understands the environmental concerns, but "we have to be able to responsibly dispose of our waste."

The solution for the city, she said, is to reduce waste overall.