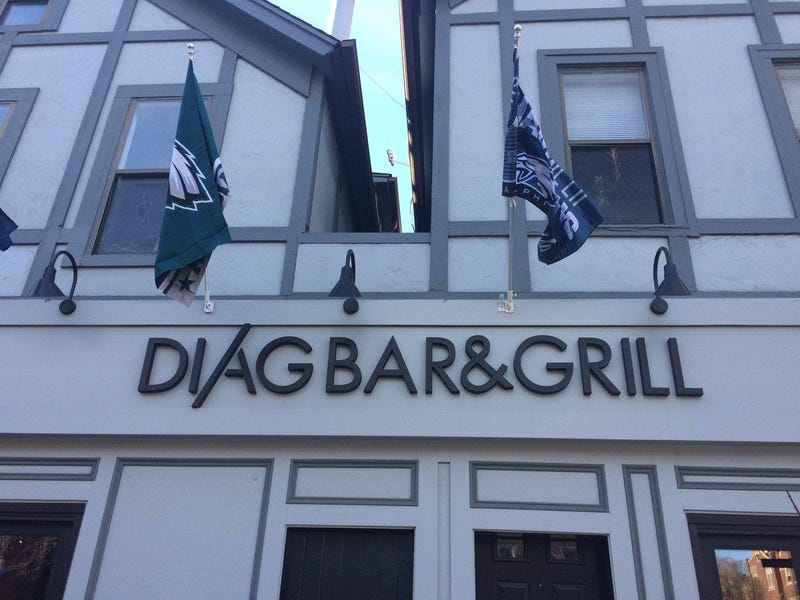 PHILADELPHIA (KYW Newsradio) -- On the day before the Philadelphia Eagles playoff game in Chicago, one establishment is offering an oasis for Birds fans.

Diag, in the Lakeview section of Chicago, is an Eagles bar filled with Birds memorabilia. A.K. is a bartender at Diag and says things have picked up since the bar changed teams.

"He's been wearing his Eagles jacket all over the city," Anna said. "We haven't gotten much at all. It would definitely be different in Philly right now."

As far as the game, Joe from Philadelphia is confident when it comes to the Eagles chances against the Bears. Unlike last year when they were the top seed, the Eagles are underdogs for Sunday's game, and that's just the way Joe likes it.