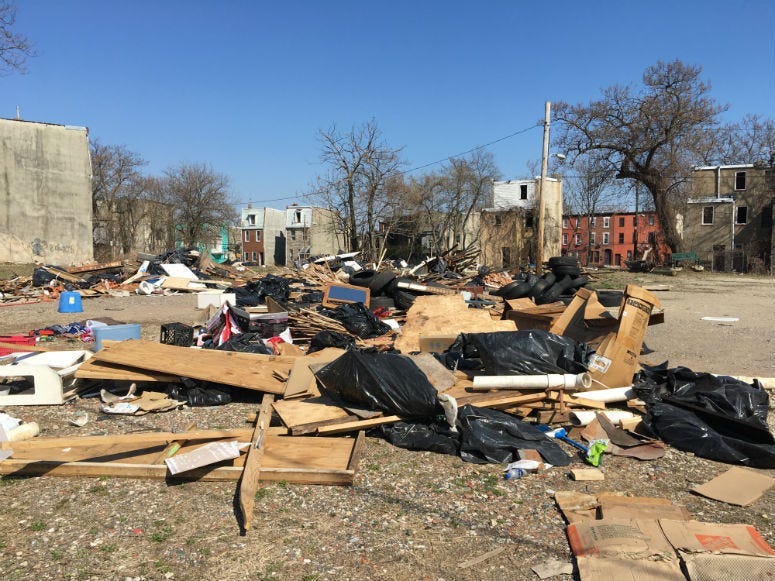 April 18, 2019 04/18/2019 7:06 pm
PHILADELPHIA (KYW Newsradio) — In what officials say is just the start of a crackdown on dumpers, Philadelphia Housing Authority police have arrested two men for illegally dumping construction debris on lots owned by PHA in North Philadelphia.

Katie Heer and Jon Sanborn were frustrated for months, watching trucks dump piles of trash on vacant PHA lots behind their Sharswood home. Calls to 311, even submitting license numbers to police, had not slowed the activity.

But two weeks ago, the day after KYW Newsradio reported on the illegal dumping, Sanborn says everything changed.

"Two very large backhoes and an 18-wheeler sized garbage truck cleaned up all the dump piles and then they installed a wooden fence around every lot. They also installed cameras and then they've really increased a police presence," Sanborn said.

"The driver got out of the car, removed his license plate, drove down the block and began to dump," Tillman said.

Tillman says PHA is investing half a billion dollars in the neighborhood and is determined to stop the dumping.

"If you dump in this neighborhood, you may be arrested," she added.