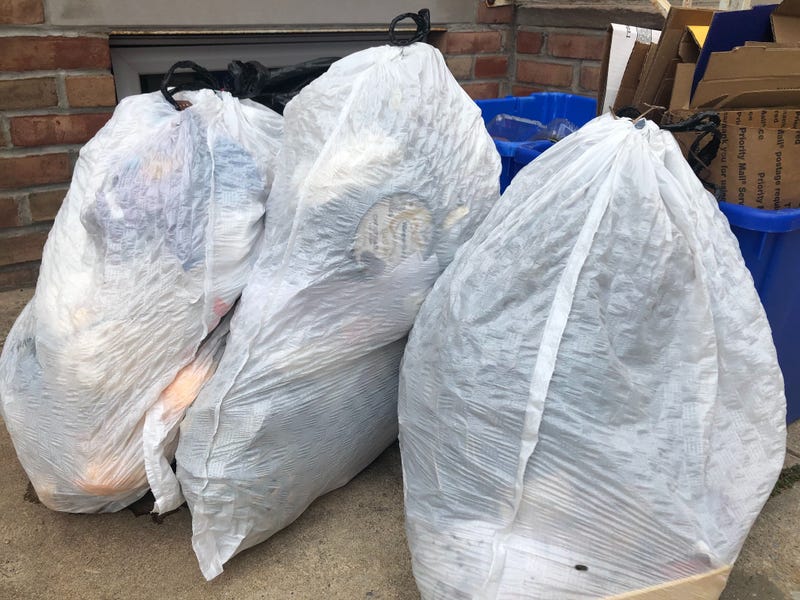 Coronavirus Mystery
PHILADELPHIA (KYW Newsradio) — Residential trash is accumulating on Philadelphia streets, as collections fall behind because of a combination of factors triggered by the COVID-19 lockdown. The city is projecting it will be at least another week until it catches up.

The problem begins with the increase in trash generated by households since everyone has been home all day. The city normally collects 600,000 tons of trash a year. It’s on track to collect 700,000 tons this year.

Then add recent severe weather, which has further delayed collection. To top out off, there's a labor dispute simmering within the Streets Department.

This trash equivalent of a perfect storm has put collections several days behind.

City Council members say their constituents are complaining about collections being a week behind. City officials say that’s an exaggeration. Their estimate is one to three days.

Councilmember Brian O’Neill describes rats, mice, insects and a stench on the streets of his district. Uncollected trash sitting in the summer heat has become what he calls a public health crisis.

O’Neill has urged the city to hire private haulers until it catches up. Managing Director Brian Abernathy says it’s taking other step.

"We have certainly begun to adjust our operations, including using overtime and deploying more trucks and available staff to accommodate the increased tonnage," he said.

"This is a historic pandemic and a practical financial depression," he said. "I mean, I think our workers are doing a pretty goddam good job, frankly."

But according to notes from a meeting between council members and Streets Commissioner Carlton Williams obtained by KYW Newsradio, Williams also blamed abuse of sick time. He said it takes 210 crews to do a day’s collection, but recently he's had as few as 135 crews reporting. He said workers have been demanding increased pay for the increased workload and are not satisfied with overtime and incentive pay.

Also according to the notes, he said that, by shifting workers from other parts of the department to residential collection, the city hopes to catch up by the end of next week.