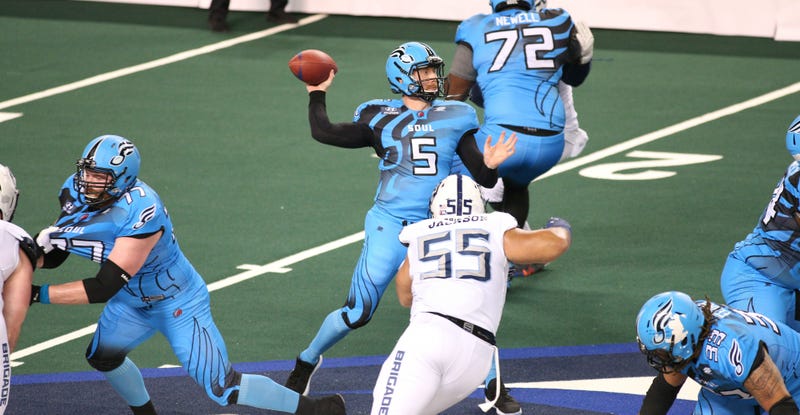 The Soul got here by beating Washington in their two-game aggregate semifinal series. Philadelphia really put this one on ice by winning the first game by 36 points (69-33) in D.C. But they didn't let up in the second game at the Wells Fargo Center, and they won that match-up this past Sunday by seven, 48-41.

"We really had a dominant performance," Soul head coach Clint Dolezel said of the most recent game. "Just the nature of the game kind of kept them around in it, and we did too, made some bonehead plays. I did not want to limp into the ArenaBowl with a loss. It just kind of looks bad. I didn't want them to hold that over our head: 'Well, we beat y'all up before you went in there.'

"So we played to win the game, and we came out on top."

The Soul won the ArenaBowl in both 2016 and 2017. Dan Raudabaugh was the quarterback in both those wins, and he will be the signal caller on Sunday. He said their veteran core will draw on the experiences of those two ArenaBowl wins.

"It's about being in the moment," he said. "Don't put too much on yourself; you can't do more than what you're asked and our vets know that. They're going to go in cool, calm and relaxed. It's going to be a live atmosphere.

Albany is really good. The Empire went 10-2 during the regular season and then dismantled Baltimore in their two-game aggregate playoff series by a combined score of 123-47.

Dolezel said they need both their offensive and defensive lines to come up big Sunday.

The Soul know what it takes to beat Albany, as Philadelphia handed the Empire one of their regular season losses, grabbing a 54-43 decision back on June 29. Raudabaugh is hopeful they can duplicate that success on Sunday.

"They've got a good pass rush," he added, "so block them up, play catch with the receivers. I think we put the recipe out there and see if we can't put some magic together."