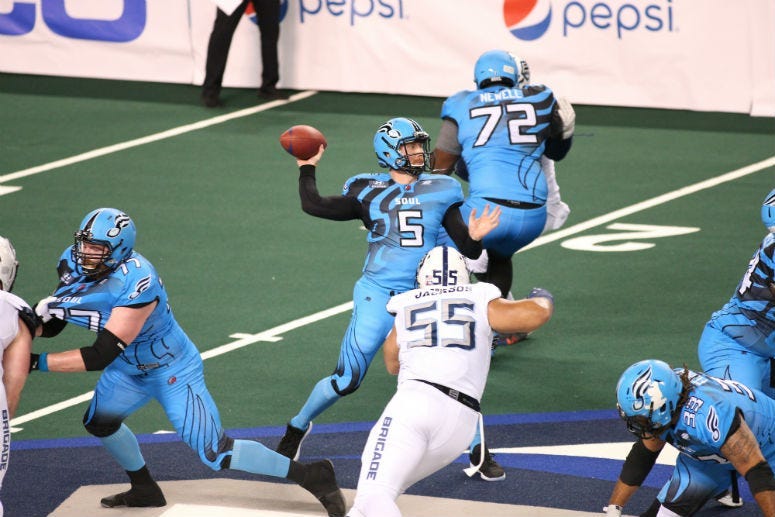 The Soul fell to 3-4 last week with a 48-41 home loss to Washington. The Valor scored what proved to be the game-winning touchdown with just 20 seconds remaining and then held the Soul on their final possession.

"The ball was on the ground four different times for our defense, counting onside kicks, and we didn't come up with any of those," he said. "Did have two great picks by our secondary. Offensively, anytime you have 21 incompletions in a game, something's wrong. So we're going to work on that, we've got to get better. I know we have some new faces out there at receiver, but we've been here long enough for those guys to be on the same page and we're not. So we're going to get back to the basics."

The Soul played Atlantic City back on April 27, Philadelphia winning 48-41, but Dolezel says that was a long time ago.

The Blackjacks are also 3-4 and right now, these two teams are tied for the fourth and final AFL playoff spot.

"This is a must-win for us," Dolezel said. "We don't have the tie-breaker over anybody except for them right now, so we've got to keep that on our side."