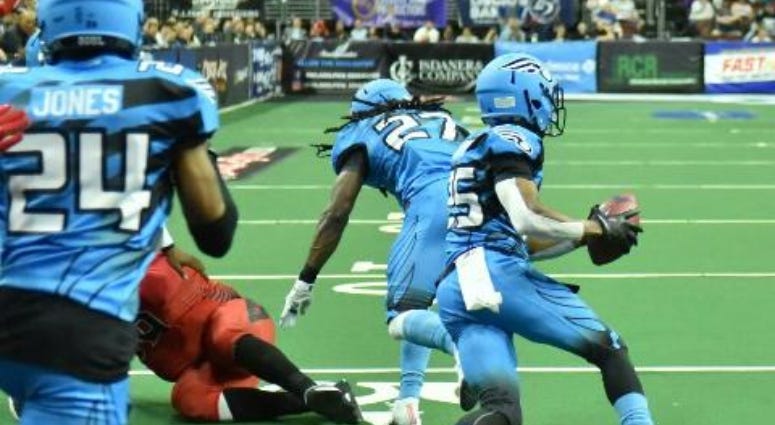 June 28, 2019 06/28/2019 5:36 pm
PHILADELPHIA (KYW Newsradio) — The Philadelphia Soul will play their final home game of the regular season on Saturday as they welcome the first-place Albany Empire to the Wells Fargo Center.

The Soul will be looking for a third straight victory in this one, and they can also clinch a playoff spot with a victory.

Philadelphia sits at 5-4 after last weekend's 42-35 win at Columbus. This game was back-and-forth throughout, but the Soul defense came up big to key the victory.

"(Defensive back) James Romain made some crucial plays for us, a couple picks," Soul head coach Clint Dolezel said. "(Defensive back Dwayne) Hollis finished the game for us with a pick with great pressure on top of that from (defensive lineman) Sean Daniels. It was definitely a group effort."

Albany has proven to be the class of the Arena Football League to this point of the season. The Empire are 8-1 and outscoring opponents by an average of nine points per game.

Dolezel said Albany thrives on its offensive side.

"It clicks," he added. "They rarely get stopped. That's where their strength is in receivers, quarterback, (Tommy) Grady is 6-foot-7-inches and they protect him."

These two teams met at the Wells Fargo Center back on May 11, where the Empire grabbed a 57-48 victory.

Prior to kickoff at 3:30 p.m., the Soul will be hosting a Sensory Friendly Fan Festival.