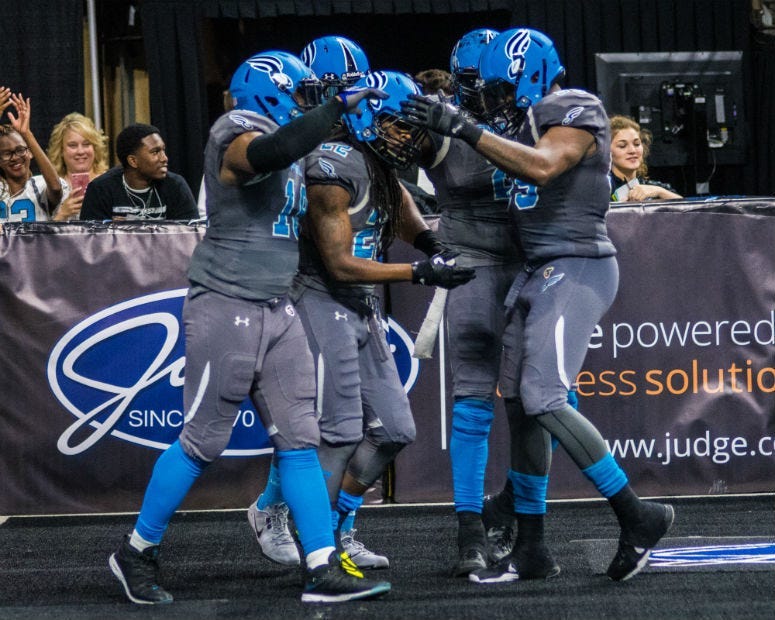 ATLANTIC CITY, N.J. (KYW Newsradio) — The Philadelphia Soul will be in search of a fourth straight victory on Saturday when they visit the Atlantic City Blackjacks.

The Soul picked up probably their most impressive victory of the season last Saturday, as they beat first-place Albany at the Wells Fargo Center, 54-43.

"We locked them down in third quarter and they didn't score a point, which I don't think has happened to them in a long, long time," Soul head coach Clint Dolezel said. "It was nice to see our defense step up. We got some pressure, made some plays in the secondary, and the offense rolled starting in the second half."

Soul defensive end Sean Daniels keyed that pressure up front. He had a sack and forced the issue on multiple other occasions, specifically in the second half.

The Soul are now 6-4. They have clinched a playoff spot and are playing their best football at just the right time.

On Saturday night, they will visit an Atlantic City team that is 4-6. The Soul are 2-0 this season against the Blackjacks.