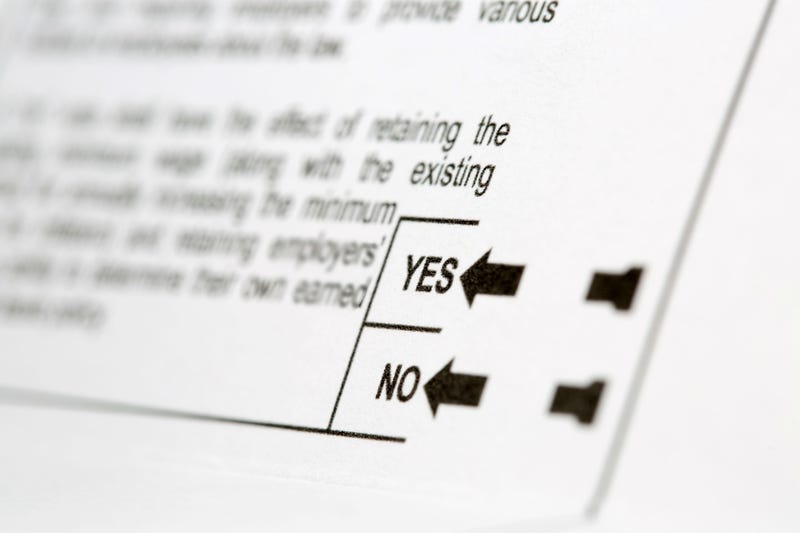 PHILADELPHIA (KYW Newsradio) — Philadelphia voters: Remember to go way, way down to the bottom of the ballot. After you've selected all your candidates, you need to vote on four ballot questions.

Two of the questions are going to be an easy "yes" for most people. One asks to remove gender specific language from the charter, so councilman would become councilmember, for example.

The third has virtually no effect. It would add language to the charter calling on the state legislature to raise the minimum wage to $15, and it will either be ignored or become obsolete.

The fourth question, though, has opponents. It's a proposal from Council President Darrell Clarke that asks voters to create a quasi-police force of "public safety officers" for traffic and other small jobs.

"Traditionally and historically, that has been the work of a Philadelphia police officers and we're going to fight this all the way to the end," he said.

And a reminder for independent voters: Though the primary is closed and you can't vote on candidates, you can go to your polling place and vote just on the questions.