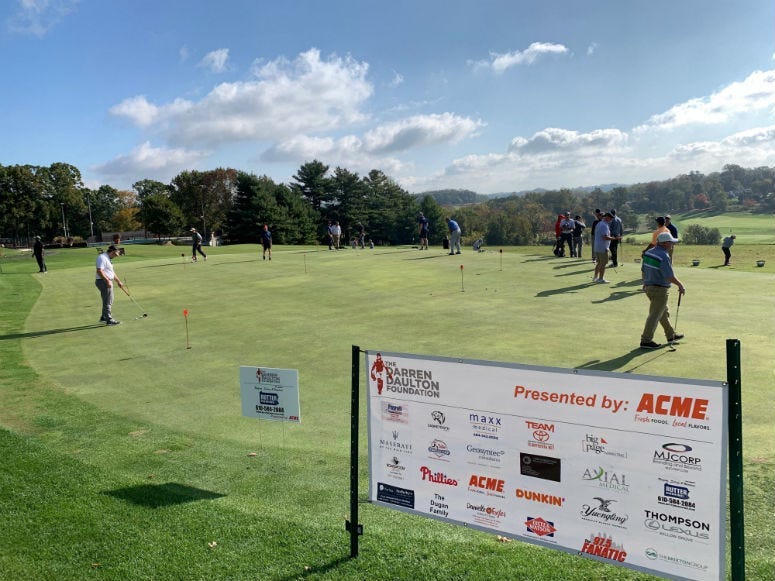 His 1993 teammates say Darren Daulton had such a love for people that they're eager to swing a club to support his cause.

"To give it back, to do things for him in his name, in his honor — that's easy to do," said reliever Larry Andersen.

Shortly after he was diagnosed in 2013, Daulton formed a foundation to help the families of others with brain tumors who are struggling financially.

"Dutch knew, he knew things were bad for him but he wanted to give back to help other people in a situation where maybe you can save somebody else's life," said '93 first baseman Ricky Jordan.

"Every single dollar that we raise will be used to help those that are in need," Datto said.

Players including Phillies alumni get loose for the @TheDDFoundation golf outing. The event at Huntington Valley Country Club aims to raise $100K for those affected by brain tumors. pic.twitter.com/PiFI978qMq

"He would always give me a big hug. Darren was, 'I love you. I love everybody.' You always got an 'I love you' out of Darren," Judy added.