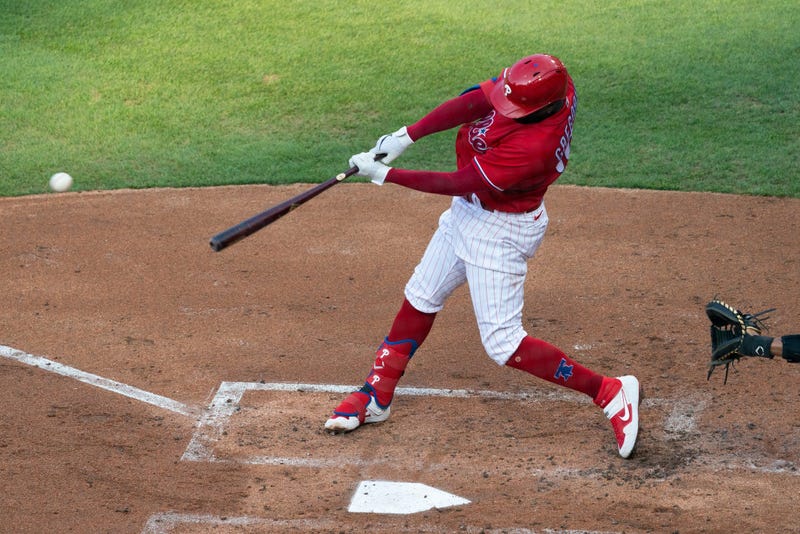 However, the new normal is beginning to settle in for the Phillies and the rest of the baseball world, and manager Joe Girardi can sense his players are now ready to play in front of empty stadiums with artificial crowd noise.

"We were doing intrasquad games," said Girardi. "We didn't have the music or the crowd noise in there. We were playing at 1. I think since we've moved to nighttime, which we did in some of the intrasquads, and then we introduced the crowd noises, the umpires and playing other teams, I think they are getting more familiar with what it's going to be like and I think they're adjusting pretty well."

Monday was the Phillies' last practice game before the start of the regular season on Friday.

Instead of a 162-game marathon, it will be a 60-game sprint to the finish.

This will present new challenges for Girardi and the rest of the major league managers.  The amount of innings for starting pitchers as well as the use of the bullpen will be different in 2020.

"It depends on who you are bringing in and what's available to you that day and the quality of arms that you have in the bullpen," Girardi said. "Early on, I don't think starters are going to be built up as much as they would in a normal beginning of the season. I think your hook will be a little bit quicker. The other thing is, bullpen pieces aren't built up as much."

One adjustment Girardi had to make on Monday was going to the visiting dugout in Yankee Stadium.

Girardi spent 14 years as a player and manager in New York. He won't be able to hear a warm welcome from the fans with an empty stadium, but the Phillies' skipper still felt strange coming in from a different part of the stadium.

"That’s just somewhat awkward in and of itself because that’s not something I really did for 10 years," Girardi said. "I always came in through the garage down the stairs into the home clubhouse. We came through the loading dock through centerfield all the way around. That was different."

The adjustments are being made. Now, it's up to the players to stay safe and prepare for a very different type of season.

"It’s not what anyone wants," Girardi said. "We all want fans there. We know that and we miss them dearly, but it’s not what we have this year and we have to adjust."