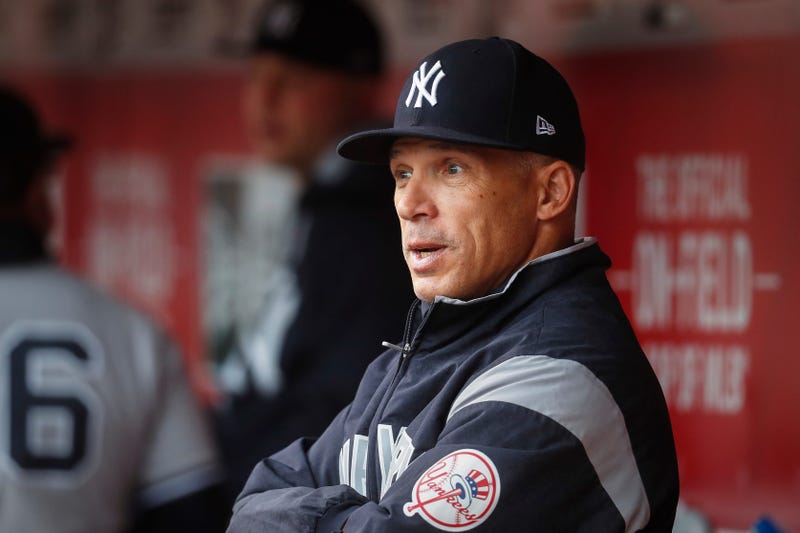 PHILADELPHIA (AP) — The Philadelphia Phillies will get their man.
They have agreed to hire former Yankees manager Joe Girardi to replace Gabe Kapler.

#Phillies have hired Joe Girardi as the 55th manager in franchise history. Girardi received a three-year contract with a club option for 2023.Welcome to Philadelphia, Joe! pic.twitter.com/dLgfVWeu4b

Girardi received a three-year contract with a club option for 2023.

“I’m excited for this next chapter of my career,” Girardi said in a statement. “The Phillies have a strong commitment to winning from the owners to the front office to the players to the fans. It’s something that I’ve seen up close for the last 30 years of my baseball career. ... To have my name now associated with this great franchise is something that I couldn’t be happier about.”

Kapler was fired after an injury-depleted team went 81-81 despite significant offseason additions highlighted by Bryce Harper's arrival. He was 161-163 in his two seasons. The Phillies also interviewed Dusty Baker and Buck Showalter.

Girardi was one of the most prominent candidates to fill vacant managerial spots across baseball. He led New York to its 27th World Series title, beating the Phillies in six games in 2009.

He succeeded replaced Joe Torre after the 2007 season and spent a decade in pinstripes. He also managed the Marlins one season and was NL Manager of the Year after going 78-84 in 2006. His record with the Yankees was 910-710, the sixth most wins in team history.

The Phillies haven't had a winning season since 2011 when they finished a run of five straight NL East titles, two pennants and one World Series championship under Charlie Manuel.

So far, news of the hire seems to be going over well with Phillies fans.

Page Bowser, who has been a Phils fan for more than 50 years, has seen many managers come and go, but he believes Girardi will stick around for a long time.

“He's a proven leader and hopefully they'll listen to him, which is half of managing — getting your team to follow your direction and believe in it,” he said.

Ever since Girardi piloted the Yankees to victory over the Phillies at the World Series, fan Archie Epperson says it’s all the more reason to believe in the old adage: The enemy of my enemy is my friend.

“It’s good he's on our side now,” he said. “Keep him away from the Yankees and the Mets.”

Pedigree-wise, Girardi is a far cry from Kapler. He comes to Philly with a reputation described as an intense and smart.

He will also be very visible to the fans — Girardi was ejected 33 times as manager of the Yankees.

© Copyright 2019 The Associated Press. All Rights Reserved. This material may not be published, broadcast, rewritten or redistributed.
KYW Newsradio's Paul Kurtz contributed to this report.