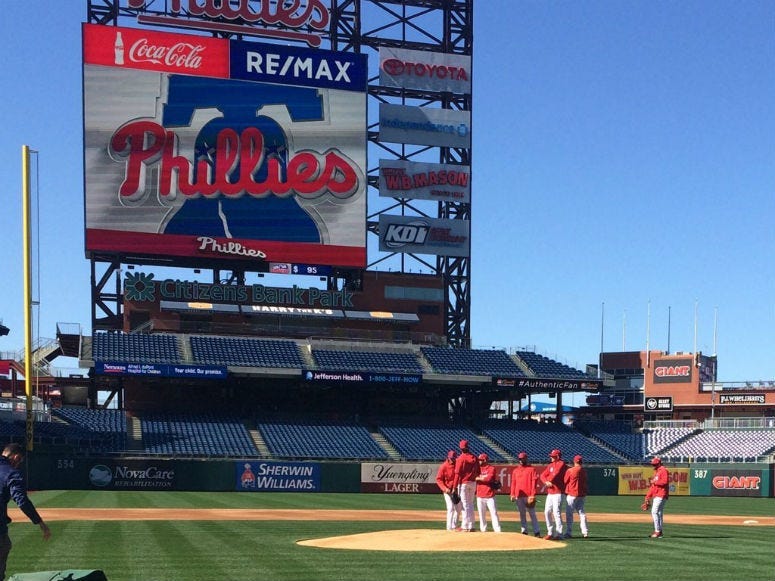 Harper had been used to taking the field at Citizens Bank Park as a visiting player for the Washington Nationals. On Tuesday, the Phillies held their first workout of 2019 on their home field, and the newest Phillie admitted it was an a bit of an adjustment walking out of the home dugout.

All of the Phillies should receive a warm welcome on Thursday when they take the field for opening day. There is a sense of extra excitement heading into this season with many believing the Phillies can get back to the playoffs for the first time in seven years. Expectations are high with the addition of Harper along with several other talented newcomers.

Manager Gabe Kapler is prepared for a pressure packed season and welcomes the challenge of what lies ahead.

If the Phillies are to meet those lofty goals set for the season, they will need another big year from Aaron Nola. The Phillies ace will be on the mound for the opener and could get plenty of extra run support this season with the likes of Harper in the lineup.

For Nola, it will be business as usual, no matter how many more runs go on the scoreboard.

Phillies on the field for their first workout of the season at Citizens Bank Park.#Phillies pic.twitter.com/hvinDZ2YuK

It takes more than just talent for a successful season. Teams need to develop chemistry, and a team filled with several new faces needs to jell together for a long, 162-game season.

Harper is convinced the chemistry is already intact for the 2019 Phillies.

"It was definitely nerve-wracking and I was nervous as well walking in there," Harper said. "But from day one, it felt right. We talk about family, being a family and being one unit. I get that from this team. Every guy has your back and vice-versa. I'm very excited to go to battle with these guys. I think everyone in the clubhouse is very excited."