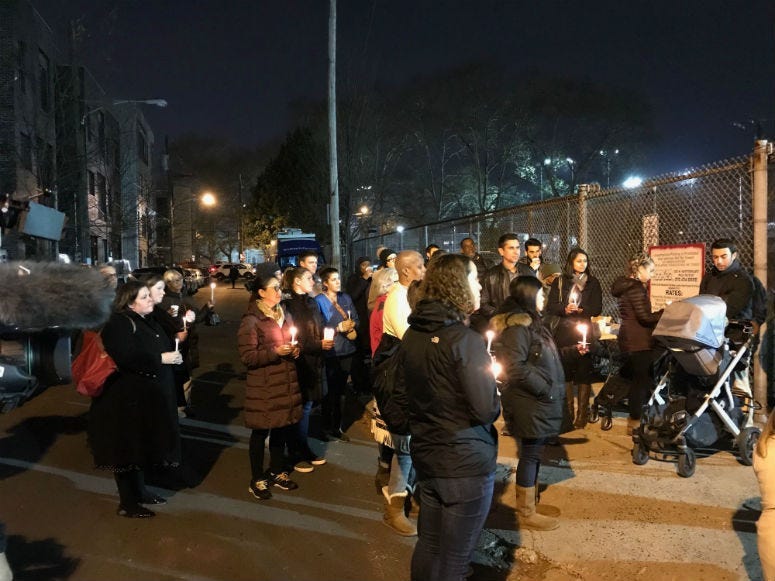 November 20, 2019 11/20/2019 1:52 am
PHILADELPHIA (KYW Newsradio) — A Philadelphia neighborhood came together Tuesday evening to remember a child who died after what officials are calling severe physical abuse.

Authorities say Zya Singleton's death earlier this month came after she suffered horrific abuse at the hands of her foster mother.

"It's been really hard, I think everybody is hurting as a community," said Darlene Cerullo, who — along with the Francisville Civic Association — held a candlelight vigil to remember Singleton and to help ease the community's pain.

"We're all here to support one another and be there for each other in times of hardship," Cerullo added.

Pastor Emily Gyimesi prayed at the vigil where more than a dozen people came out to offer kind words to Singleton's biological mother, Jasmine.

"I think it's so important to show up in these times of just utter grief and sadness and be present in the community and come together as a community," Gyimesi said.

Samilya Brown, 38, is charged with murder, endangering the welfare of a child and other related charges in the death of Singleton.