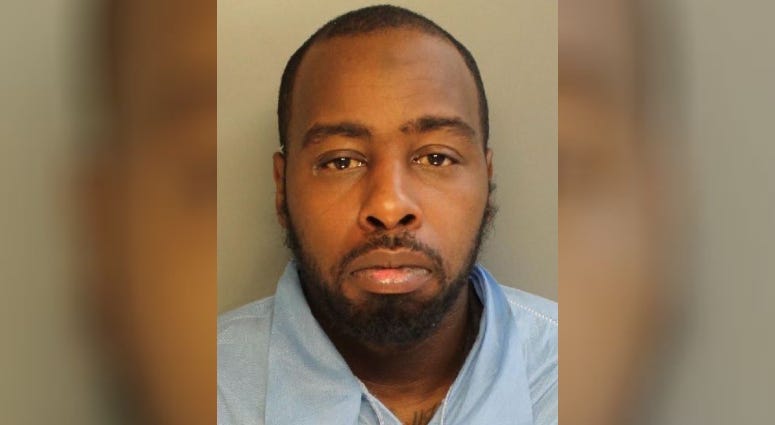 PHILADELPHIA (KYW Newsradio) — More than five dozen additional charges have been filed against the man accused of shooting six Philadelphia police officers this summer in Nicetown. Maurice Hill was ordered to stand trial Thursday on attempted murder and assault on law enforcement, but just an hour after the preliminary hearing, the district attorney tacked on more charges.

Wearing a checkered blue button-down shirt, Maurice Hill listened to half a dozen police officers describe the chaos of Aug. 14 along Erie Avenue, near 15th Street.

Officer Shaun Parker told the judge he went into the row home and as they attempted to secure it, saw a man in the kitchen point his hand and saw a flash, saying "I knew I was shot in the head."

Parker said he eventually punched through a glass window to escape, and rolled back his sleeve to show the judge half a dozen 2- to 3-inch scars where the shards scrapped through his flesh.

Parker said he ran to a nearby police car, and a fellow officer drove him to the hospital. Days after the shooting, he said he was in the shower, when he was picking at the wound and a piece of brass — presumably a bullet fragment — fell out of his scalp.

Officer Edward Wright with the FBI task force said he was one of the cops who went in, going immediately upstairs, where they found three unarmed people.

After placing cuffs on their wrists, Wright said he heard the gunfire. He said one of the cuffed men was on the phone with the presumed shooter — calling him "Reese"— saying "stop shooting, you’re going to hit us upstairs."

Wright told the judge he heard the alleged shooter curse that "he didn’t care" and to "F everything."

The defense tried to narrow in on the search warrant the police officers did have for another home, noting that they didn’t have one for the home where it all happened.

The officers who testified told the judge they were clearing and securing the home, waiting for the search warrant to come through. One officer testified to seeing someone bring out a black duffle bag from the shooting location and speeding off in a car, which was never located.

Just an hour after the hearing, the Philadelphia District Attorney announced an additional 62 charges against the 36-year-old, including attempted murder and aggravated assault.

"Just application of the law requires careful review of all evidence to find facts, even when those facts are complex and require months of analysis. In the case of Maurice Hill, who is already facing serious charges for shooting and wounding six Philadelphia Police officers on August 14th, the District Attorney’s Office is now filing charges for the Attempted Murder of 62 additional Philadelphia Police officers," Krasner said in a statement.