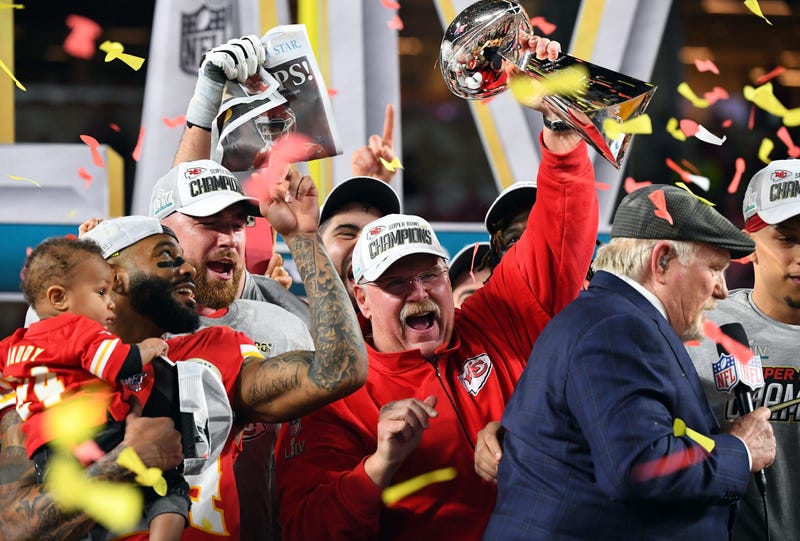 PHILADELPHIA (KYW Newsradio) — Former longtime Eagles head coach Andy Reid finally did in Kansas City what he couldn’t do in Philadelphia — win the Super Bowl. And many fans are happy that the time was finally his.

It took Reid 21 seasons to win a Super Bowl as a head coach. During the first 14 years, he helped turn the Eagles into a perennial contender. Despite the success, the team fell short of the ultimate prize until after Reid and the Eagles went their separate ways.

So, many Eagles fans were pulling for Reid's Chiefs to win and for him to solidify a highly successful career. And most football fans who spoke to KYW Newsradio on Monday morning at 30th Street Station said they’re happy for the guy, even though he didn’t win here.

Fan Dustin, who declined to give his last name, says Reid set a standard of success for the Eagles and he should now get the credit he deserves.

While reaction was mostly positive, some fans were ready to move on.

Matt from Douglassville wasn't as sentimental. He had some flashbacks during Sunday's game.

"I thought has gonna choke it at the end as per usual, down 10. It was like deja vu," he said.

But then softening a little, he added, "Sorry it wasn’t us, but if somebody had to win, I’m kinda glad for Andy. ... I’m glad he finally won so I don’t have to hear about it anymore."