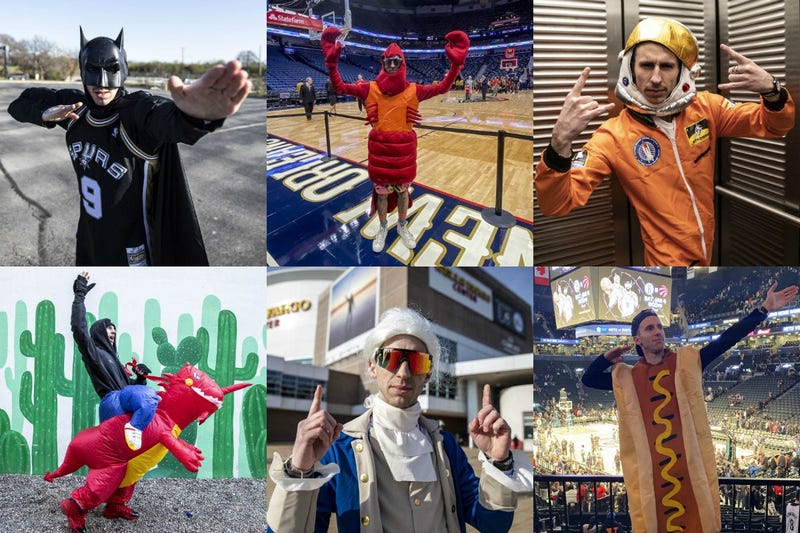 January 27, 2020 01/27/2020 12:38 am
PHILADELPHIA (KYW Newsradio) — David Delooper just started watching basketball a few years ago, but the Fishtown resident immediately fell in love with the sport and decided to spread that love across the country through an unusual challenge.

Delooper started with his beloved 76ers, and whether he traveled by car or by plane, he made sure he was on the JumboTron of a new arena night after night.

"I've been planning this for well over a year. And then the schedule, and logistical planning started in August," he said. "Toughest time was probably a four-day stretch where we had to fly from Sacramento to Cleveland to Golden State, then Minnesota."

To save on costs, Delooper and his buddy Colin, who photographed their journey, stayed with friends and family and slept in cars.

Delooper also devised his own technique to all but guarantee he would get on the big screen.

Some nights he was Batman, other times he was a lobster or astronaut.

To complete his quest, Delooper used extended leave from work and ate more than his fair share of fast food, and he says it was all worth it.

"The highlight was at the end, Charles Barkley and Shaq on TNT were talking about it a little," he said.

Delooper says, all told, he spent about $5,000 on his challenge.