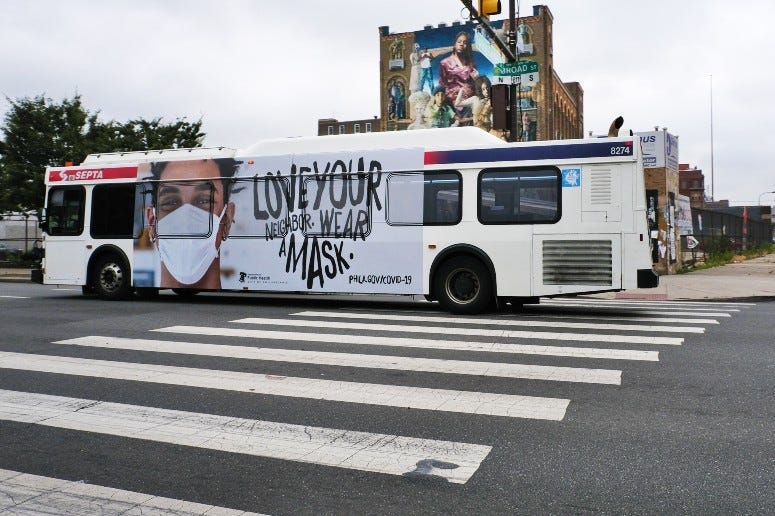 “We’ll keep our case counts down by educating Philadelphians on why wearing a mask is more important than ever right now and inspiring them to do their part,” said Mayor Jim Kenney during a briefing at which the campaign was announced.

Photos showing people of various age, gender and ethnic groups wearing masks will appear on SEPTA vehicles, social media, and in print and online ads in several languages through the end of September.

One version, with the “love your neighbor” masks, capitalizes on Philadelphia’s identity as the City of Brotherly Love; another on its image as a tough town with masks reading “Philly Never Backs Down.”

“We need to make masks the new normal,” said Health Commissioner Tom Farley, stressing that it is the best way to avoid the kind of spikes seen in places like Texas, Florida, Arizona and even Delaware, without shutting the city down again.

As it is, new cases of the infection are rising slightly again in Philadelphia after stabilizing briefly.

Farley said new cases are averaging 115 a day, up from 110 a day for the past two weeks.

He also reported two additional fatalities, bringing the number of deaths in the city from the infection to 1,627.