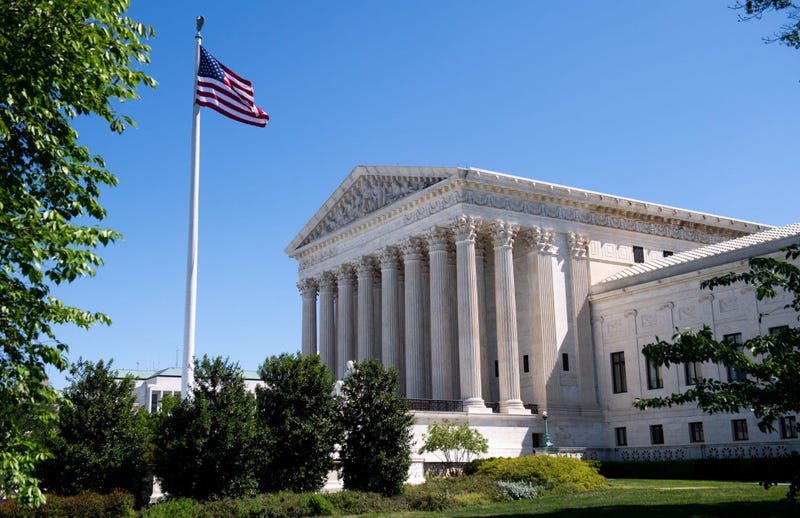 PHILADELPHIA (KYW Newsradio) — The U.S. Supreme Court ruled Monday that the Civil Rights Act of 1964 protects people who are lesbian, gay, bisexual and transgender from discrimination in the workplace. Philadelphia activists engaged in the wider LGBT rights movement say it's a significant moment — and there's still much more work to do before full equality is achieved.

"This ruling is going to go down in history as one of the most significant moments for LGBTQ rights in America," Jonathan Lovitz, senior vice president of the National LGBT Chamber of Commerce, told KYW Newsradio.

The ruling means LGBT people do not have to hide their identities at work in order to avoid being fired or discriminated against.

"Up until yesterday, I could be married in 50 states in this country, put my husband's photo on my desk in about 28 of them, and be fired that day. And that is no longer the law of the land," Lovitz said.

“I had to double-check it and make sure that what I was seeing was real,” she said.

When she read the high court opinion that Title VII prohibits employers from firing individuals for simply being gay or transgender, Alvarez was thrilled — but court rulings are not the same thing as real life.

"They also ruled against being able to discriminate against because of your race or ethnicity — and here we are with protests all over the nation, because people are still being discriminated against," she noted.

"LGBTQ people are now free to be out in the workplace, which is only going to help them succeed and help their employers find better talent out there," he said.

New Jersey amended state law against discrimination in employment, housing and public accommodations to include protections for sexual orientation, in 1991, and gender identity, in 2006. Pennsylvania has no such law.

"And that doesn't mean special rights," he explained. "That means just a basic accommodation to live, work, have an apartment, get credit for your business — whatever it might be."

The Supreme Court ruling now gives a new foundation to all laws pertaining to workplace protection.

"Right here in Pennsylvania, we have to reflect on the fact that we are such a diverse state and such a diverse economy, and we will not achieve our best until LGBT people in the commonwealth have the same rights as everyone else to live, work, start a family and grow a business," Lovitz continued.

Gov. Tom Wolf said the decision was “about time,” but Pennsylvanians “still have work to do.”

“The notion that the LGBTQ+ community can stand tall and not be discriminated against is a big deal. It is a big, big deal,” he said.

“It’s fantastic,” echoed Rue Landau, executive director of the Philadelphia Commission on Human Relations. While the city has protected LGBTQ people from discrimination in employment, housing and public accommodations for decades, that hasn’t been the case rest fo the country.

Monday's 6-3 decision comes from a Supreme Court that is majority conservative. It was written by Justice Neil Gorsuch, who was nominated by Republican President Donald Trump to fill the seat of conservative Justice Antonin Scalia.

Lovitz said the justice system — bucking the trends of conservative pushback against the LGBT community — shows that political ideology does not determine American values. "And equality is one of the most essential American values we have."

“Gives me a little bit of faith back in the rule of law," she said.

However, she worries that Gorsuch's "textualist" philosophy, which in this case led to the opinion that gender identity and sexual orientation are protected under the term "sex" in Title VII, "could come back to bite us in other areas."

"I don't want to send the message that he's pro-LGBT in any way, shape or form," she said, adding she believes Gorsuch's uncompromising textualism could negatively impact rulings on other issues, such as abortion rights.

However, attorney Nellie Fitzpatrick pointed out that the ruling is very limited. For instance, the decision is limited to businesses with 15 or more employees.

"We’re just talking about employment discrimination," she said. "That’s all."

In some states, Fitzpatrick said, LGBT people can still be denied housing and other accommodations.

Lovitz said that was the same case when the Supreme Court ruled in favor of same-sex marriage in 2015. The LGBT rights movement still had work to do, and it still does now.

"Today, we fix the workplace," he said. "Tomorrow, we work toward passage of the Equality Act, so all 50 states have equal and consistent protections for LGBT Americans in every facet of their lives. ... Tomorrow, we fight — and win — for everything else that our community still needs to receive fair equality."