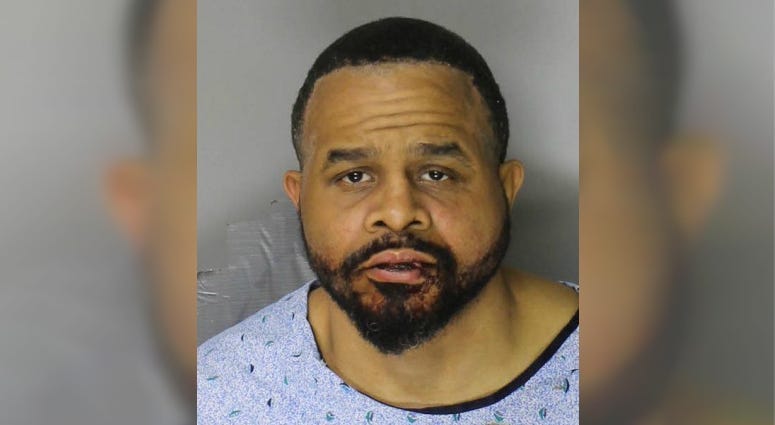 Miles Jones, 40, is facing criminal homicide, among other charges, after police said he fatally shot two men who tried to intervene during an argument he had with his girlfriend at the Homestead Campground on Allentown Road in West Rockhill Township.

District Attorney Matt Weintraub said Jones was with his girlfriend's family at the time — a group of 16 people camping for a three-year tradition.

Weintraub said around 2 a.m., Jones started arguing with his girlfriend. Eric Braxton, 41, and Arthur Hill, 46, both of Philadelphia, tried to convince Jones to cool off in his girlfriend's car.

However, according to the district attorney, "He returned about 15 minutes later with a loaded 9mm handgun, and he shot both victims."

Weintraub said there were three to six shots fired on the private campground.

"It's tragic, obviously, to lose these two family men," said Weintraub, "but it could've been much, much worse. There were many others at risk in this group close by and many, many more at risk."

A preliminary hearing for Jones is tentatively scheduled at the end of the month.