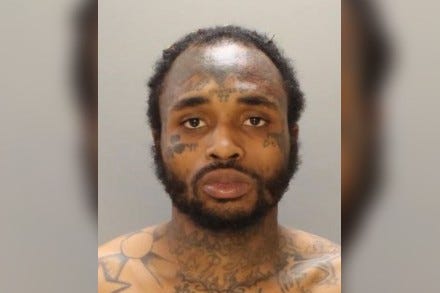 Investigators say Linder started shooting at a man on Simpson Street near Race Street, and a pair of men returned fire. Eventually a bullet struck 7-year-old Zamar Jones, who was playing with a toy on his front porch just before 8 p.m. Saturday.

The boy was taken to the hospital and was pronounced dead 1 p.m. Monday.

Linder ran off, with the two others chasing him. Sources say he jumped in someone else’s car and returned later to the street to pick up his truck. That’s when neighbors pointed him out to police on the scene.

Cops chased Linder and arrested him, bringing him to the homicide unit, where detectives spent the weekend interrogating him.

Officials say they have some video of part of the shooting.

Linder has two prior convictions: one for illegally having a gun in 2012, and another from 2014 for aggravated assault, conspiracy and robbery. He was sentenced to a maximum of 19 years in prison, but it is unclear why he spent only five years behind bars.

Meanwhile, detectives are trying to find the two other shooters.