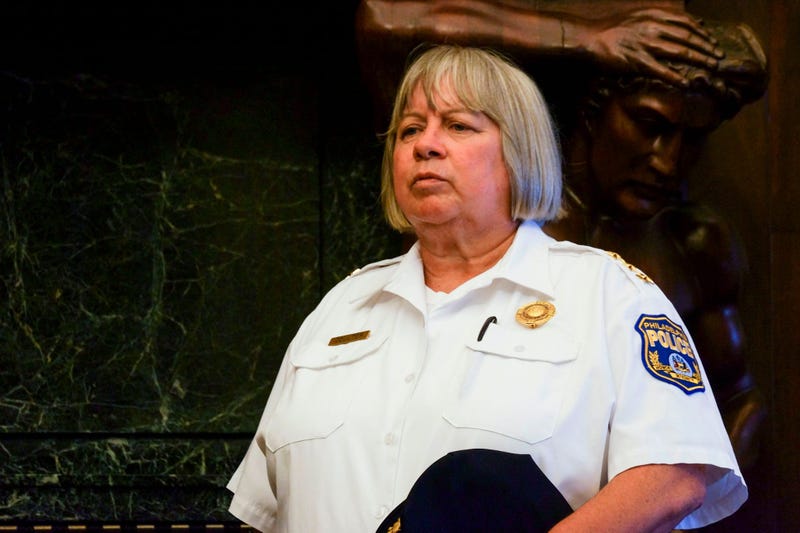 PHILADELPHIA (KYW Newsradio) — This year turned out to be a challenging one for the Philadelphia Police Department, including racist Facebook posts written by officers, the shooting of six cops in Nicetown, and the sudden resignation of the police commissioner.

In June, then-Commissioner Richard Ross announced dozens of cops would be placed on desk duty as the city investigated racist and hateful social comments on Facebook. Thirteen were eventually fired, while seven others resigned.

"We knew we had people who harbored hatred, or were racists or discriminatory," said Acting Police Commissioner Christine Coulter. "I did not know it was at that level until I saw the posts that people wrote. People who you know, and would have never, in my mind, guessed that that is how they felt."

Coulter had to take over when Ross resigned in August after being named in a lawsuit — just a week after a gunman shot six cops in Nicetown. "The transition was a lot for the department to take on," she admitted. "It was unexpected and certainly not a normal way you want to transition into a new job."

But she said the hardest thing in 2019 has been violence against children. In just a few weeks, about a dozen young children were shot or killed, something Coulter said has deeply affected officers.

Coulter shared that the department has implemented a series of anti-bias training strategies, and they are continuing to try to build a strong relationship with the community.

"I see the good that people are doing every day, that are wearing this uniform," she said. "Even with all of the violence we have dealt with and all the negative, at the end of the day, police officers really shine, they step up and do good things. It’s not always the narrative, but I know it’s happening."