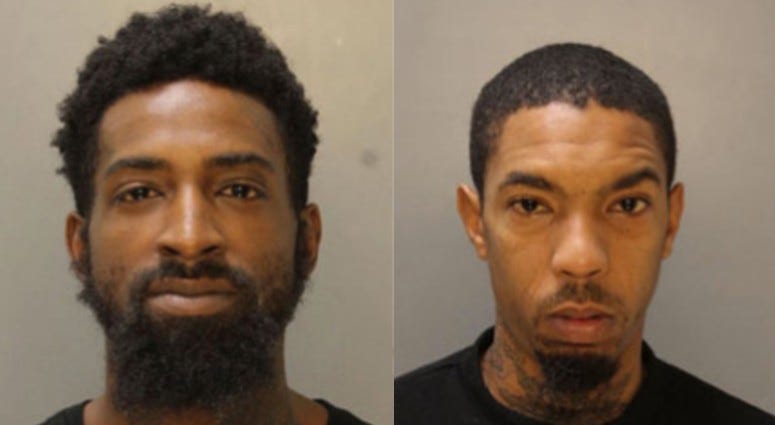 August 5, 2020 08/05/2020 12:52 am
PHILADELPHIA (KYW Newsradio) — Philadelphia police have released the identities of two men they are searching for in connection with the shooting death of a 7-year-old in West Philadelphia this past week.

They say the two were firing back at another man when 7-year-old Zamar Jones was shot in the head.

Zamar was playing with a toy on his porch along North Simpson Street near Race Street Saturday night when detectives say Christopher Linder came up on the block and began to fire at Banks and Jones.

The boy was struck and spent about 40 hours in the hospital before dying Monday afternoon.

All three men ran from the scene, but police say Linder came back to the block to get his truck and was spotted by neighbors on the street.

Police officers chased him and arrested him, and he is now charged with murder and gun-related offenses.

Banks and Jones are on the run, officials say, and as with all homicide suspects, there is a $20,000 reward for information leading to their arrest and conviction.