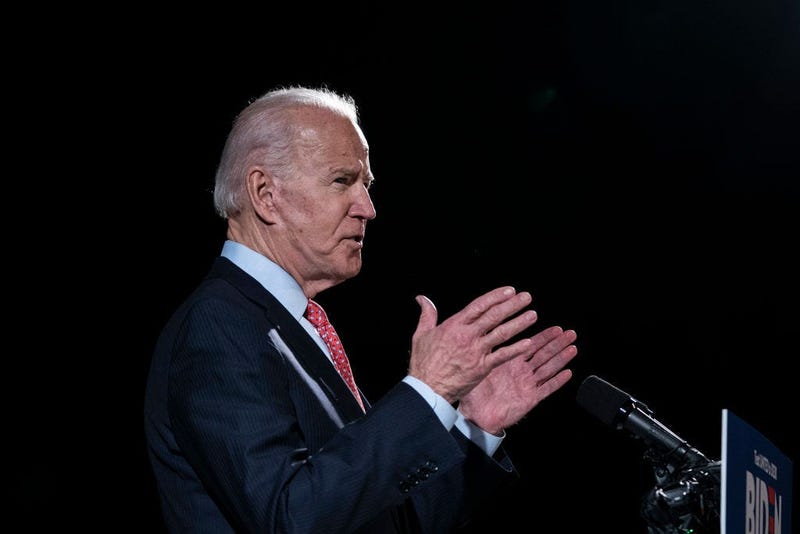 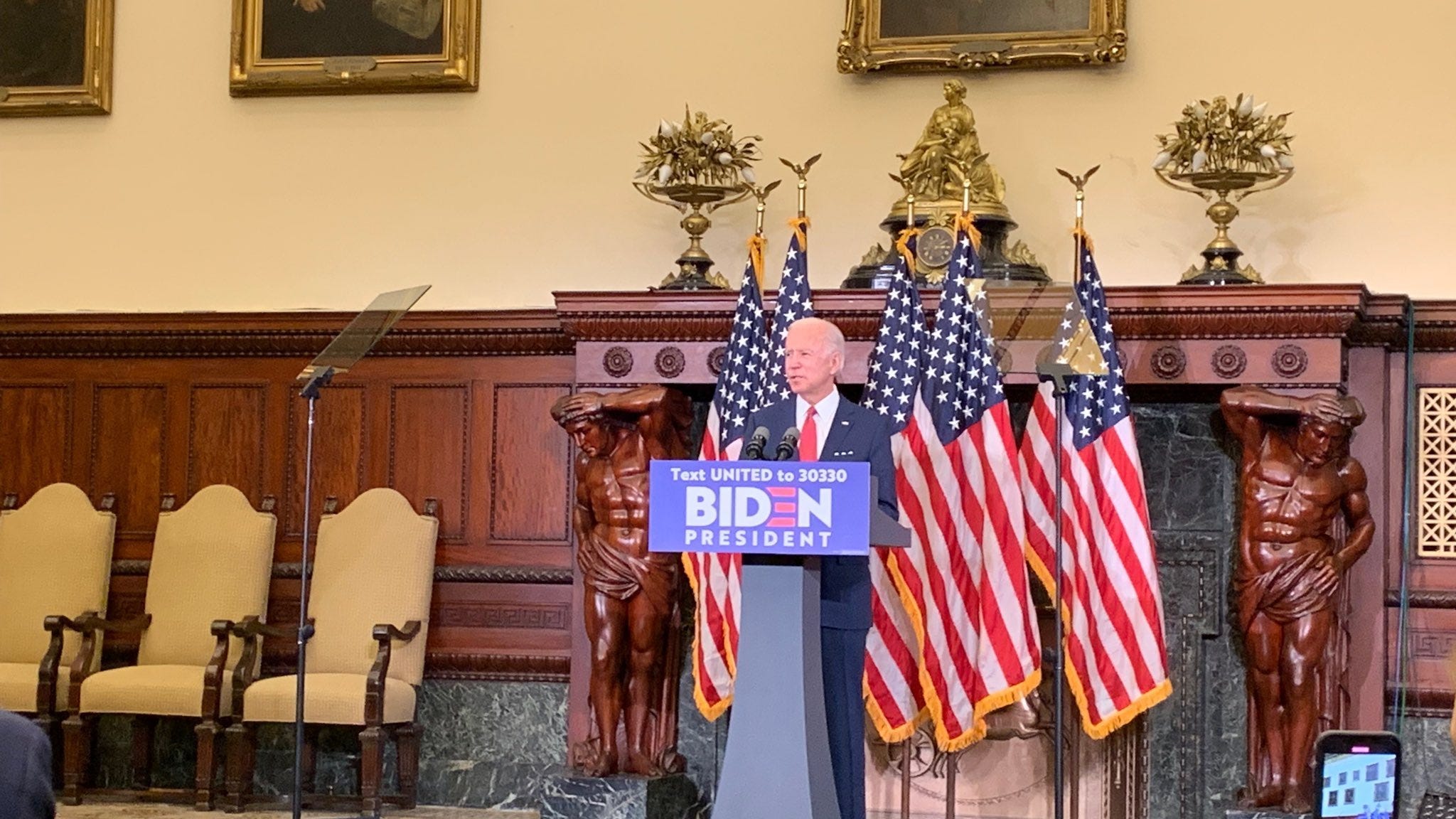 PHILADELPHIA (KYW Newsradio) — Have you been invited to a roundtable chat with Joe Biden?

If you’re from the Philadelphia area, your odds are better than anywhere else.

With the COVID-19 pandemic curtailing traditional campaigning, the presumptive Democratic nominee is staying close to his Wilmington home, and that has turned the region into a backdrop for his campaign events.

While President Donald Trump left the White House for a campaign rally in Tulsa Saturday, Biden has focused his in-person events on small gatherings, usually by invitation, with pooled press, in locations he can reach by car in less than an hour.

On Wednesday, in Darby Borough, Biden made it clear he thinks his approach is the correct one.

“He (Trump) is so eager to get back to his campaign rallies that he’ll put people at risk, in violation of the CDC guidelines that still warn against large gatherings, as long as the people showing up sign a waiver promising they’ll not hold the campaign liable. Oh, man,” he said with a chuckle.

Trump, in turn, has mocked Biden’s approach as being “locked in his basement.”

Biden is, in fact, out and about at events every few days, just in a tight geographic area and under strict COVID-19 prevention guidelines that require everyone to wear a mask, get their temperature checked before entering and stay 6 feet apart.

On Wednesday, in Darby, he transferred the message to the president’s handling of COVID-19.

“It’s bad management, on top of bad planning, on top of neglect,” he said, closing his remarks with the assertion, “I’m ready on Day One. After three years in office, why isn’t Donald Trump ready? Mr. President, wake up, get to work, there’s so much more to be done.”

Despite being local, the events have been tipped toward national media coverage, with local reporters often excluded, as if the campaign wishes to create the impression Biden could be anywhere.

The limited press and small audiences create a more sedate — even dull — atmosphere than is normal in a presidential race, the candidate arriving with no fanfare, his words uninterrupted by cheering voters.

But local officials have enjoyed having him here.

It’s unclear how long the former vice president will keep his campaign tethered to the region. The Democratic Convention is scheduled for Milwaukee on August 17, so it seems likely that wider travel is in Mr. Biden’s future.

CORRECTION: A previous version of this story listed Carlette's Hideaway as a Lansdowne establishment. It is in Yeadon.