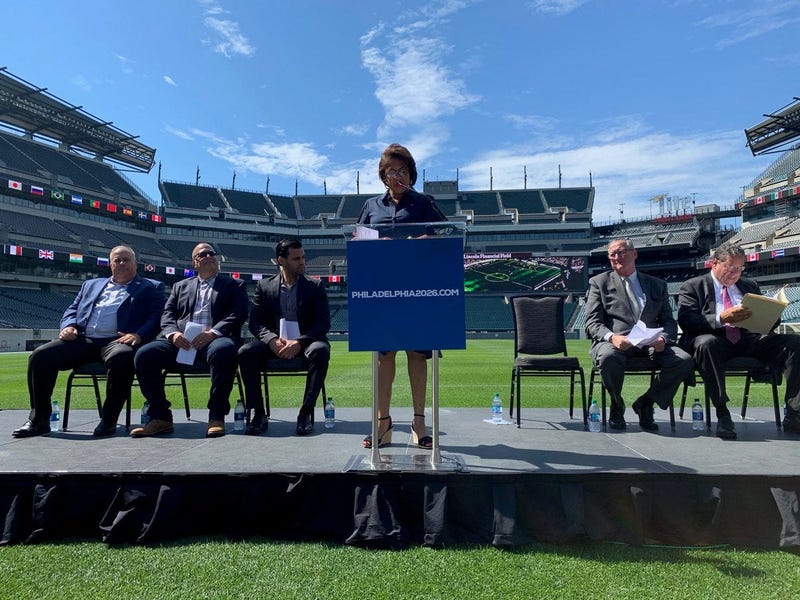 Philadelphia is branding itself "America's host city" and its slogan for the effort is "Bring it!" a return to the literal meaning of the macho rejoinder. The chairman of the bid committee is Comcast's David Cohen, who explained why he's willing to take it on despite an already full plate.

"I'll sign up for anything to advance the interest of our city, and that's what I think hosting the 2026 World Cup is going to do," he said.

The Convention and Visitor's Bureau cites a study that says five or six World Cup matches could draw nearly half a million visitors, with a $70 million impact. It notes Lincoln Financial Field has already hosted big soccer matches, including the Copa America and, this weekend, the Gold Cup. And Cohen says the city overall has proved its mettle.

"We are a city that loves big events. We thrive on them. We know how to execute them, and we give all of our visitors a fantastic experience," he said.