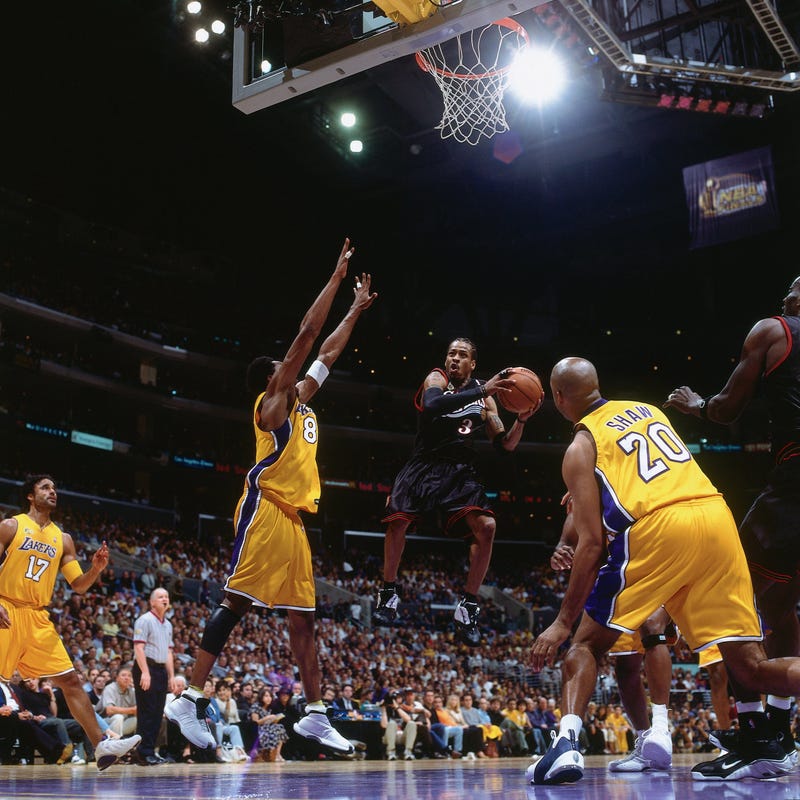 They had just come off a grueling back-to-back seven-game series against the Bucks and Raptors. They were injured. They were underrated, to begin with, and now they had to face the mighty defending Lakers — Kobe Bryant, Shaquille O’Neal, Derek Fisher, Robert Horry, Rick Fox, Horace Grant, and coach Phil Jackson.

While the Sixers only won the East three days prior and had to fly cross country, the Lakers had a very long break after sweeping through the Western Conference playoffs.

You can’t be more of an underdog than that.

In overtime, when it looked like the Lakers had control, Iverson and company stuck with them and eventually prevailed.

Iverson was spectacular, scoring 48 points in the 107-101 overtime victory against the Lakers, which included that iconic step back, then step-over shot against Tyronn Lue.

Dikembe Mutombo finished with a double-double of 13 points and 16 rebounds.

While the significantly injured 76ers lost the next four games to the dynasty Lakers, that win on June 6, 2001, remains one of the most memorable in recent Sixers history, and to date — the last time they won an NBA Finals game.

“It’s hard to believe it’s been that long because so many of the memories and so many of the moments are so vivid in my mind,” said Billy King, former 76ers president and general manager, “and it will always go down as something. Even though we didn’t win a championship, for me, it’ll be a special time because it was such a close group, and I talk to a lot of the guys still to this day.”