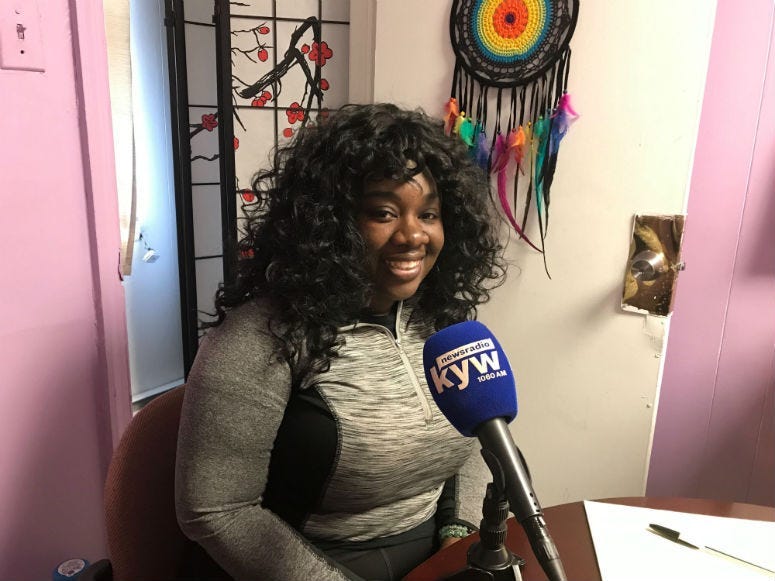 PHILADELPHIA (KYW Newsradio) — A West Philadelphia drop-in center for human trafficking victims is celebrating its one year anniversary. The woman behind it all started the effort out of her own pocket.

"I want to be the voice for the voiceless, and that literally is what we are," said Sakinah Love, founder of Redeemed For A Cause.

Once a victim of abuse, Love is passionate about helping those victimized because of trauma, especially women. Her effort to reach out began with a tip a couple years ago.

"We were told that there were strange things going on at a hotel here in West Philly, and we went out there looking for the women and within 10 minutes, we found them," she said.

The women were allegedly selling sex out of a the hotel. But, Love said, a closer look revealed they were trading their bodies for basic necessities like shelter and food, as well as drugs for their addictions.

"They did not even realize they were victims," she explained. "Some had been so conditioned, they had low self-esteem and were in situations where they had no where else to go. They are doing what they have to do to survive and get by each day."

A trained therapist, Love gained rapport with the women she met over time. Redeemed For A Cause and their volunteers began expanding their efforts to provide free snacks, STD testing, hepatitis A vaccinations and more, with visits to the women two Saturdays of the month.

Her outreach, many times, even included the pimps.

"We have an adult literacy class, a resume work shop, a Bible study, a trauma group," said Love. "We even transport them to detox."

Love says the youngest victim she's seen was just 14-years-old, and seeing the young woman on the strip in West Philadelphia inspired her to also reach out to youth.

"Now we go into high schools," she said. "Many of the women out there started when they were very young."

Love works out of a tiny office in the back of the drop-in center that is filled with toiletries. She's hoping to collect more, attract volunteers and donations, so that their outreach can continue.

"Most of this is being done out of my personal pocket," she said. "Some of our volunteers also give from their pockets and then we have a couple of small churches who also donate."

None of the difficulties will stop Love.

"We just want to love the blank on everybody," she added. "We want to win the heart of the community to change the climate."